There are confident horror movies, and then there’s The Others. Directed by Alejandro Amenábar, the flexuous ghost story inverts the standard haunted house routine for an effective, dread-filled chiller. Lacking in jump-scares and other cliches, it makes more than a few winks toward the underlying mystery, but none such that rewatches lose their edge.

Over the last 20 years, it has been consistently imitated, to varying degrees, across indie pictures, Netflix TV series, and more. Yet the atmosphere is unmatched, and similar twists fail to land with quite the same rigour. Like its mansion stuck in the fog, The Others holds a specific kind of gothic terror few others harness.

Led by Nicole Kidman in a career-best performance, loneliness and isolation permeate the close-knit family drama, where a single mother is left with two chronically ill children in the midst of war. Desperate to protect her son and daughter, the diligence of Kidman’s Grace becomes unnervingly tragic when their backstory is revealed, turning the narrative on its head in a way that’s made it a defining piece of genre storytelling for two decades.

The first thing we hear in The Others is Grace screaming herself awake. Set in 1945, World War II has just ended, but Grace’s husband has yet to return, leaving her to continue tending to Anne (Alakina Mann) and Nicholas (James Bentley), their son and daughter, who’re allergic to sunlight. Their remote Jersey property is surrounded on all sides by a thick mist that refuses to lift.

To assist in the upkeep of the large, empty house, an exhausted Grace posted an ad for assistance that’s answered by Mrs. Bertha Mills (Fionnula Flanagan), Edmund Tuttle (Eric Sykes), and Lydia (Elaine Cassidy). Skilled though they are, chasing them about Nicholas and Anne’s photosensitivity only adds to Grace’s frazzled mental state that’s pushed to its limits when the apparitions start.

Through the opening close-up, Amenábar creates an air of intimacy he maintains for the film. Perpetually covered windows have us all huddled by lamplight. In one of the first ghostly sightings, the camera lies with Nicholas while Victor (Aleksander Vince) plays with the curtains. Or maybe it was Anna? We know as much as Nicholas does, sharing in his fright and self-doubt. Anna wasn’t in shot when the curtains were drawn, maybe she’s lying to tease him? 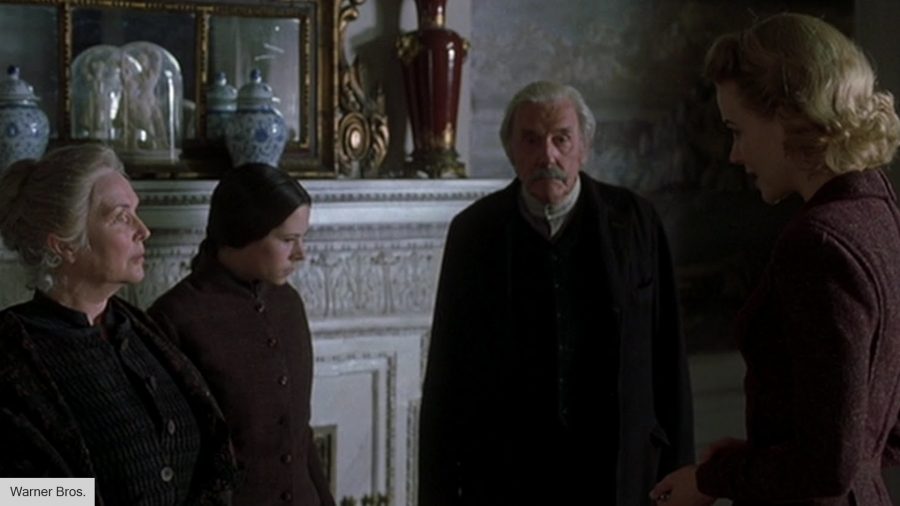 Similarly, Grace tells the children to study in separate rooms, but when she hears them calling for help, finds them sedate and calm. Maybe they’re being cruel to their mother? The Others is constantly playing tug-of-war between us and the characters. We know it’s a film about ghosts, and they know this house, and each time something creepy happens we’re plunged into it with the confidence of a mother who will not stand anyone threatening their children.

By the same token, we’re party to the gaslighting that gets passed around. In one exchange, Grace decides she believes there’s an intruder, and asks Anna about a sighting. But Anna has just been punished for claiming there’s a ghost and plainly responds she doesn’t know what to say. Amenábar preoccupies the film not with the haunting, but the way being haunted fractures communication, renders people feeling helpless within spaces they’ve previously thought of as safe.

Get the popcorn: The best thriller movies

One of the most effective scares comes when Grace hears a noise upstairs, but spots her suspected culprit outside. Preceding the commotion, the camera follows Bertha out of the door, then turns back to Grace, and zooms in each time you hear something through the roof. By using longer shots, we sense the panic rising in the air, and we can see Grace struggle to comprehend what’s happening.

This all leads to the revelation that – spoilers! – Grace and her children are the real ghosts, after she murdered them and committed suicide during a manic episode. Bertha, Edmund, and Lydia are, likewise, deceased, having died from tuberculosis while tending to the house in the 1880s. What they thought were invaders were another family trying to move in.

The Others came out only two years after M. Night Shyamalan’s the Sixth Sense, and Amenábar’s take on the “dead all along” trope was overshadowed by Shyamalan’s romantic notion of unfinished business. Not to mention the period setting, shared with Jack Clayton’s The Innocents and Robert Wise’s The Haunting, old hat compared to modern day Philadelphia. But it’s The Others that’s proven more haunting.

Bump in the night: The best monster movies

Grace’s gloomy downward spiral is felt in Veronika Franz and Severin Fiala’s Goodnight Mommy and David Lowery’s A Ghost Story, very different films that use ghosts to symbolise fragmented homelives . Lenny Abrahamson’s The Little Stranger has a phantasm that gives form to buried desires. Mike Flanagan’s Netflix TV series The Haunting of Bly Manor and The Haunting of Hill House both repackage the twist as a means of communicating internalised trauma and anxiety. 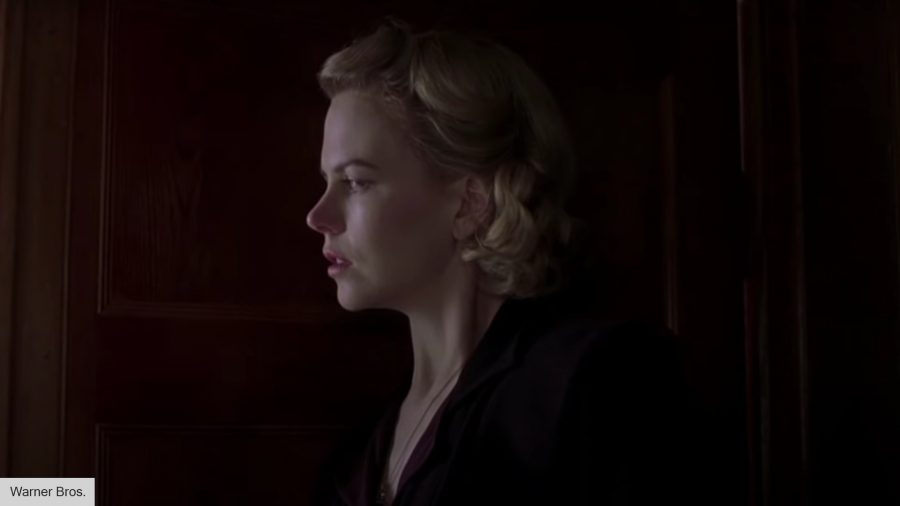 Amenábar’s narrative lingers on the corporeal being a manifestation of our negative feelings. When Grace braves the dull fogs to find a priest, she instead encounters her returning husband, Charles (Christopher Eccleston), fatigued from PTSD on active duty. He barely talks, and he doesn’t stay. Grace and her children were perpetually othered, through where they live and their health, and being stuck during a prolonged war.

Now they’re forever stuck in that position, and when Bertha tells Grace there’ll be more people come to try and buy the house, Grace stands defiant. Death may be final, but Grace refuses to allow anyone else to have their home. That’s what sets The Others apart in the end – ghosts that don’t care to move on.

The Haunting of Hill House and Bly Manor, A Ghost Story, and Goodnight Mommy all feature some closure. The Others has its characters stand defiant at the idea of someone else, now, choosing to define them. Death may be final, but it’s what allows Grace the power to finally protect her children, and that’s something nobody else has quite managed to contend with.