OK, so it’s not the original but this is the closest we’ve ever seen to a complete reconstruction of one of the lost Doctor Who episodes.

Mission to the Unknown was one of the most unique stories in the whole run of the original series of Doctor Who in that it didn’t feature the Doctor or any of the other main cast. It acted as a prologue to the epic Daleks Master Plan – a story that is missing all but three of its episodes due to the BBC’s junking policy of the 60s and 70s.

However you can now watch a near-perfect reconstruction of the episode created by students at the University of Central Lancashire. The remake is perfect even down to the black and white retro styling of the original broadcast and has been timed to match perfectly with the original.

While this is a fan-made project it has the full backing of the BBC who have even hosted the film on the official Doctor Who YouTube channel and the episode even features current Dalek voice actor Nicholas Briggs. The episode was released last night at exactly the same time as the original to mark its 50th Anniversary.

You can watch the entire episode above and not only do we have this wonderful remake, we also have a behind the scenes video on how it was put together below!

With it looking increasingly unlikely that many more of the missing Doctor Who episodes are recovered we love the idea of fan-made remakes of this quality filling in the gaps and if the BBC can put their weight behind it there’s no reason why we couldn’t see the full story for The Daleks Master Plan saved for future generations – come on BBC sign up David Bradley for a series of First Doctor remakes like this – what are you waiting for? 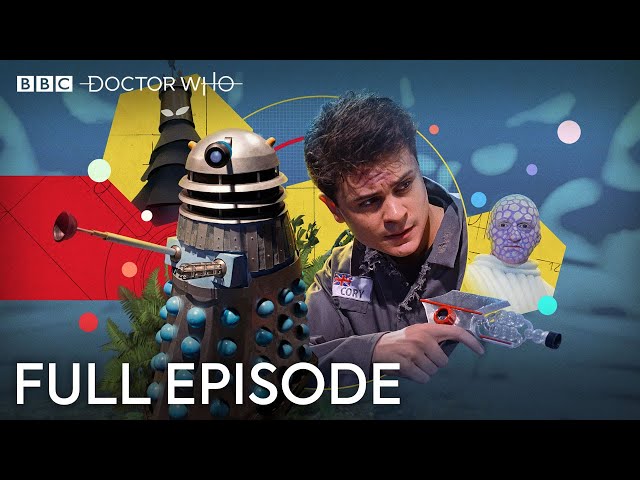 Stanley Kubrick's A Clockwork Orange coming to 4K in September