Saru gets to take the voyage home

At risk of sounding repetitive – it’s ANOTHER great week for Star Trek Discovery with The Sounds of Thunder turning in another fantastic standalone story that also ties into ongoing plot threads.

Discovery receives news that a new red signal has been detected near the planet Kaminar – which also happens to be the homeworld of Saru; recently emboldened by the events in An Obol for Charon; having overcome his seemingly terminal condition and losing the fear that was the defining characteristic of his people. On arrival at the planet the signal is nowhere to be seen but Captain Pike makes the decision to investigate further and reluctantly sends Michael and Saru down to the planet, risking breaking General Order One in the process.

The Sounds of Thunder brings with it the opportunity to delve into the Kelpien people and the predatory Ba’ul who share the planet with them. Kaminar itself is a beautiful place that really benefits from the advances in effects technology to realise somewhere that looks more alien (at least in plant life) than we’ve seen before, and it’s a shame there isn’t more focus placed on this other than a couple of close up shots of the native flora.

It’s refreshing to see events in earlier episodes being recalled logically – and while we’re seeing plenty of self-contained stories this year, all of them feature elements that resonate throughout those that come after – the sphere in the Obol of Charon didn’t only free Saru of his fear but it has become a resource that the crew of the Discovery can call upon to help understand wider situations. Whether this is something that continues is something yet to be seen, but right now it feels like there is a conscious effort to create a long-running story that actually makes sense.

Finding out more about Saru, and how he came to leave Kaminar was another highlight, as was his reunion with his sister Siranna (Hannah Spear) – and this reunion really helped to flesh out who Saru is and what he sacrificed to leave his home world. The handling of Dr Hulbert’s return is also being well handled – to all intents and purposes he’s the man that Tyler killed last season but there are lingering questions over how he has returned and the long term implications of what happened to him. Old scars are gone and there are suggestions that things aren’t quite as they seem – and suggestions in Discovery quickly become reality.

Discovery does occasionally run the risk of repeating the mistakes of earlier Trek series – especially Star Trek: Voyager wherein in-universe rules can be broken as long as there’s a narrative need to do so. At least here Discovery’s writers seem to be at pains to provide justification – even if at times it feels a little heavy handed.

By episode’s end, we remain far from finding out more about what has happened to Spock; and while we get a closer look at the angel with potential hints of time travel again getting a mention it still feels like the main thread of the story is being tackled in baby steps. We can only hope that there isn’t this ongoing build up and then a rushed resolution over the last couple of episodes of the season. 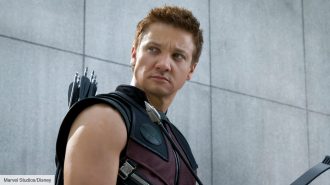 2House of the Dragon, trailer, release date, and everything else we know