21:00
So there we go. Another week over. Sad Marie has gone, as she was hilarious, but she was fairly crap this week and so it was only fair.

Next week is bread, and everyone seems to totally fall apart on bread week so that'll be fun. See you then! Might be an idea to get a couple of baguettes in to tide you over whilst you watch it.

And like that, Nadiya shot to the top of my favourites.


20:55
Can't decide between Mat and Tamal's box as my favourite. Both just stunning. 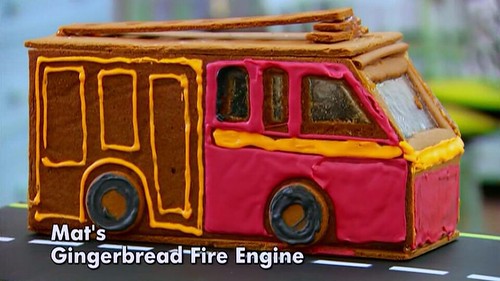 
20:52
Hands up who is going to see Ugne's biscuit box in their nightmares tonight? 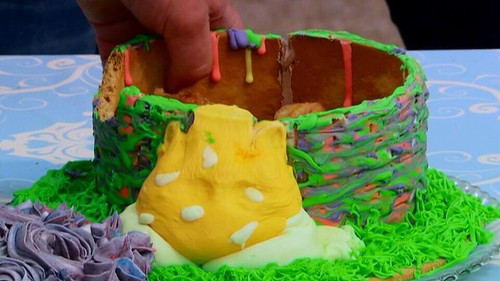 20:51
Crikey, Marie might actually go this week. I don't think anyone expected that.

Oh, Alvin. You poor, lovely man. Mary and Paul are licking their chops, hopefully the amazing flavours will be enough to carry you through.


20:48
Holy crap, these boxes are amazing. Like - AMAZING. I would never have thought of doing something like this in a thousand years.


20:46
Sorry if I'm slow on typing, darlings, this show has made me so hungry I'm chain-eating chocolate orange segments.


20:45
"I've never made such a mess before in my life" Marie says, whilst piping something so beautiful GCSE art students weep.


20:42
Dorret is putting herself FIRMLY back in the danger zone by daring to use a frog cookie cutter rather than cutting them herself. Mary did that thing where she looks like her head is going to explode. She basically looks like this for a wee bit.

Wait, wait...did they just say she's sculpting a baby trying to steal biscuits out of fondant? WHAT?

Has Bake Off lost it? Is this it? Are we going to have increasingly terrifying bakes from now on? Bread decorated with sun dried tomatoes to look like a bloody axe? Cakes shaped like bottomless wells of despair? I'd go on, but it's really hard to think of scary, dark things when a show as relentlessly cheerful as Bake Off is on.


20:38
Oooo! Sandy's going savoury. That's not a bad strategy - you can get seriously bored after eating sweet things for an hour (apparently) so having something savoury to break things up will probably make Paul and Mary grateful for the break and think more kindly of her.

Sandy also just said "This box is going to put Bradford on the map", which has made my husband laugh so hard I had to thump him on the back.

I thought Paul was going to spit in her mix, I really did.


20:32
So they have to make biscuits and serve them in a biscuit box that's made out of different biscuits? I feel like that's serving a chicken roast dinner inside a roast turkey.

Which is an excellent idea. Once you've made your biscuit box, you should do that.


20:31
Marie comes last, Dorret comes top of the technical challenge. My two faves are both surging ahead and failing miserably. How am I so emotionally involved after ONE WEEK?


20:27
Oh, POOR Marie. It'd be hilariously ironic if she's kicked out in the second week after everyone has been placing bets on her to win.


20:25
Pretty sure blowing on your biscuits before they go in the oven is going to lose you your Food Hygiene Certificate, Mat.


20:24
This is literally pastry. This is PASTRY. I am so angry on their behalf.

IT'S NOT A SODDING BISCUIT THEN, IS IT? 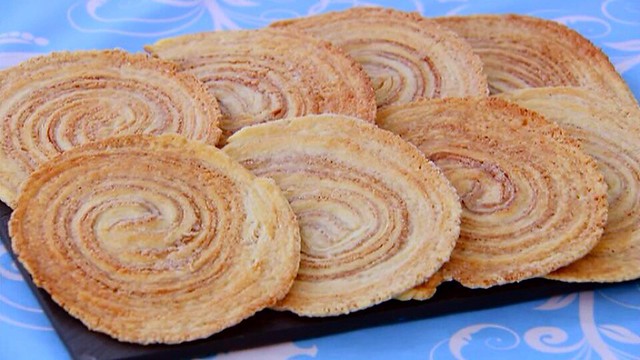 20:21
Literally no-one has ever heard of an arlette, never. No-one.


20:21
"They started putting cocoa in the biscuit dough...that was an absolute sensation"

Bloody chocolate biscuit makers. They're wild, they are. Can't keep up with 'em, they're KER-RAZY.

HOW CAN I LIVE IN BISCUIT TOWN?


20:19
YES! THE RETURN OF THE RANDOM HISTORICAL BIT! I love these bits.


20:15
Oh, Paul. He's glaring at these contestants like he's offended they're even alive, let alone serving him biscotti.

20:13
No, seriously. I love Marie. She gives no damns. Anyone who isn't scared of Paul is good in my book. She's like Nancy, and Nancy ended up bloody winning.

I don't care if she's had professional training, I love her.


20:09
Flora learnt her recipe travelling in Italy. What exactly is "travelling", as opposed to a "holiday"? Is it any stay in a foreign country longer than two weeks? Is it when you don't have a proper hotel?


20:07
I get a bit miffed every time I see Ugne. I thought it was because she called cake a sin but now I realised it's because she's the kind of person who puts bloody goji berries in her baking.


20:04
It's rather unnatural when Paul smiles, don't you think? He looks more at home trying your freeze your soul with the intensity of his gaze.


20:02
Ooof. Really want biscuits now. Might not last the whole show before I crumble.


19:49
Hello, and welcome to this week's liveblog of The Great British Bake Off!

It's biscuit week in the tent. In earlier series this would have just seen the bakers attempting to make a half-decent shortbread, but in series 6 I'm imagining that they're going to have to make working models of the Large Hadron Collider out of ginger snaps or something.

To recap last week, star baker was Marie, who has since been shrouded in scandal because she did a pastry course in Paris 30 years ago. Everyone's heart broke for poor Dorret, whose mousse didn't set and flubbed out all over her cake in a sad, rubbery waterfall, but thankfully Mary and Paul hated Stu's stupid hat so much they sent him home instead of her

So, here we go. What are your bake-y snacks this week? We've got half a Toblerone and a bag of Chocolate Orange Segments here at chez Jones. Let the baking begin!