Tank Girl may have been a box office bomb in 1996, but at least one person made some bank. Ice-T, who played humanoid kangaroo T-Brain in the science fiction movie, says he got one million dollars out of the role.

In an interview from the Howard Stern Show in 2017, recently posted on the official YouTube channel, the musician and actor talked about paying his dues as an actor, and says Tank Girl was a milestone. “My first real cheque was Tank Girl, with Lori Petty, playing a fuckin’ kangaroo,” he explains, and when Stern asks how much he made, Ice-T responds, “A million dollars.”

He recalls the circumstances of the meeting, where the production called while he was filming Johnny Mnemonic with Keanu Reeves. “They called me and they said ‘Would you play a stripper in Arizona’, and I said ‘Fuck yeah I’ll play a stripper’, I did like a thousands sit-ups that night,” he says. “Then the next day they sent me a picture of a kangaroo, and I’m like ‘What the fuck?'” However, all incredulousness was dropped when he saw that a million dollars was involved, and he began “hopping around the room.” 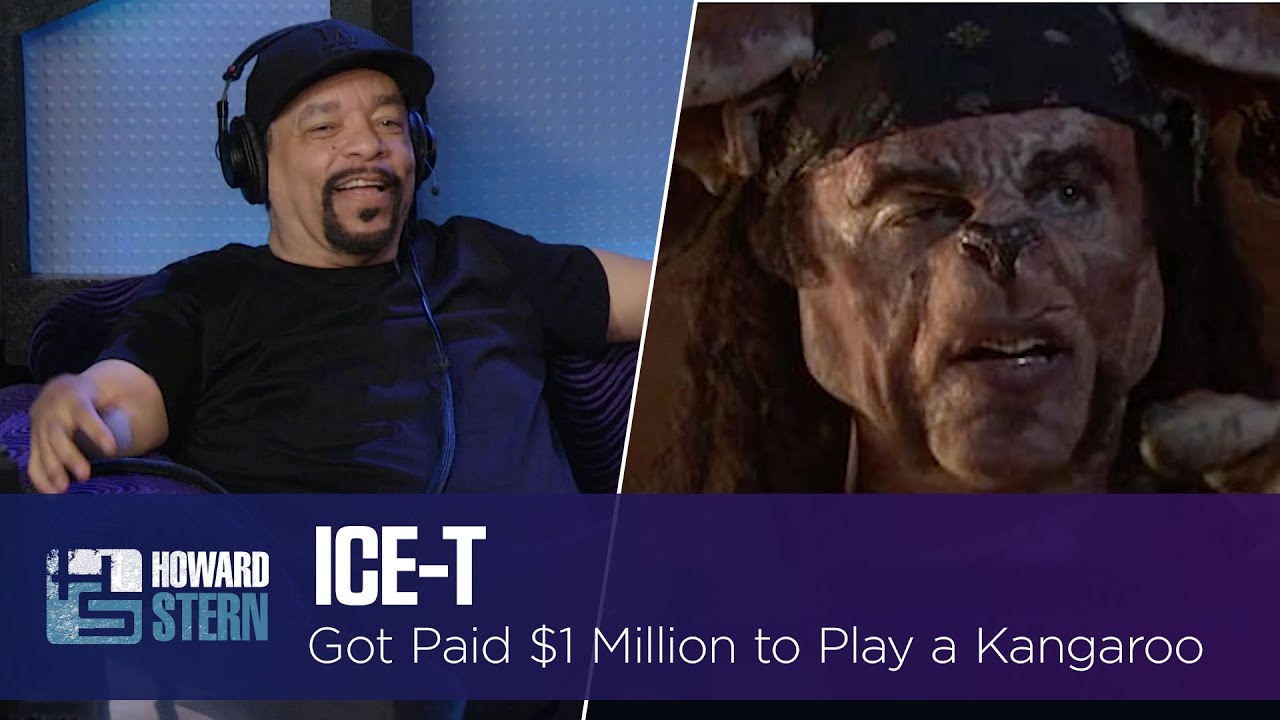 Though it didn’t exactly find its audience in the mid-’90s, Tank Girl became a cult classic. Directed by Rachel Talalay, from a script by Tedi Sarafian, the action movie stars Lori Petty as the titular hero, who battles against a corporate monopoly on the post-apocalyptic Earth’s dwindling water supplies.

Jamie Hewlett and Alan Martin co-created the long-running comic, and a second movie adaptation is in the works, from LuckyChap Entertainment, Margot Robbie’s production company.

Ice-T has stayed busy, with a long-running role as detective Odafin ‘Fin’ Tutuola on Law and Order: Special Victims Unit, and albums with his band Body Count, among his recent artistic endeavours. Keanu Reeves has John Wick: Chapter 4, and The Matrix 4 on the way – maybe we’ll see them together again someday? We can only hope.