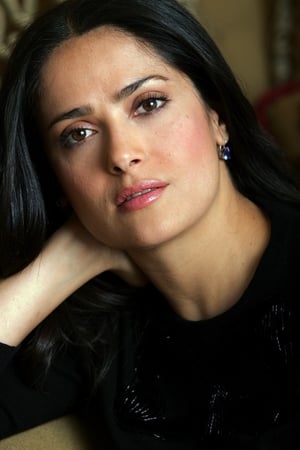 One of the most notable figures of Mexican descent in Hollywood today. She is most famous for her work in the 2002 film Frida, for which she was nominated for a Best Actress Academy Award. In 2001 she received Glamour magazine's Woman of the Year Award, and then in 2005, Time Magazine's "25 Most Influental Hispanics" award. Salma comes from a prominent Veracruz family of Spanish and Lebanese descent. She was raised Roman Catholic, and at a young age attended boarding school in the United States where she was diagnosed with dyslexia.  Salma later studied International Relations in Mexico City at the Universidad Iberomericanan. Her first name, Salma, is Arabic for "peace". It wasn't until the age of 23 that Hayek began her acting career with a role in the successful Mexican TV series, Teresa.  She instantly became a Mexican hero, and five years later starred in El Callejon de los Milagros, a film that won more awards than any other in Mexican history.  At the age of 25, Salma moved to Los Angeles and started her Hollywood career. Robert Rodriguez cast Salma in his 1995 film Desperado, which she starred in with actor Antonio Banderas. The film was a major success and Salma was even nominated for Best Supporting Actress. This kickstarted her career and over the next decade, she starred in over 25 films that include Frida (2002), Wild Wild West (1999), and Fools Rush In (1997).  Salma is married to French billionaire Francois Pinault, and together the couple has one daughter, Valentina. In her personal life, Salma is strongly involved with charitable organizations dealing with Women's rights advocacy.

The world of beauty is about to get ugly

The Roads Not Taken trailer: Javier Bardem and Elle Fanning star in this Berlinale contender

Like a Boss trailer: It's about to get ugly between Tiffany Haddish and Rose Byrne

Underground cabling could hold the key to millions of dollars

The Hitman’s Bodyguard signals its aspirations to become a summer blockbuster...

Seth Rogen is a sentient sausage: we know where this is going...or do we?

Here Comes the Boom in March

Kevin James' latest on its way to Blu-ray and DVD.

The Pirates! In an Adventure with Scientists! Review

The Pirates! In an Adventure with Scientists! Review

Yo ho ho! Aardman's latest animation is worth at least a bottle of rum