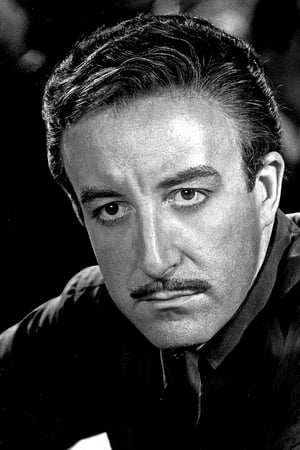 Richard Henry Sellers, CBE (8 September 1925 ? 24 July 1980), known as Peter Sellers, was a British comedian and actor best known as Chief Inspector Clouseau in The Pink Panther film series, for playing three different characters in Dr. Strangelove, as Clare Quilty in Lolita, and as the man-child and TV-addicted Chance the gardener in his penultimate film, Being There. Leading actress Bette Davis once remarked of him, "He isn't an actor?he's a chameleon." Sellers rose to fame on the BBC Radio comedy series The Goon Show. His ability to speak in different accents (e.g., French, Indian, American, German, as well as British regional accents), along with his talent to portray a range of characters to comic effect, contributed to his success as a radio personality and screen actor and earned him national and international nominations and awards. Many of his characters became ingrained in public perception of his work. Sellers' private life was characterized by turmoil and crises, and included emotional problems and substance abuse. Sellers was married four times, and had three children from the first two marriages.

An enigmatic figure, he often claimed to have no identity outside the roles that he played, but he left his own portrait since, "he obsessively filmed his homes, his family, people he knew, anything that took his fancy right to the end of his life?intimate film that remained undiscovered until long after his death in 1980." The director Peter Hall has said: "Peter had the ability to identify completely with another person, and think his way physically, mentally and emotionally into their skin. Where does that come from? I have no idea. Is it a curse? Often. I think it's not enough though in this business to have talent. You have to have talent to handle the talent. And that I think Peter did not have."

Description above from the Wikipedia article Peter Sellers, licensed under CC-BY-SA, full list of contributors on Wikipedia.

Cri-Baby: A monthly column about the Criterion Collection

All of the Blu-ray releases we know about in 2020

The Criterion Collection returns to the War Room with this re-issue of the Kubrick classic.

Dr. Strangelove (US BD) in June