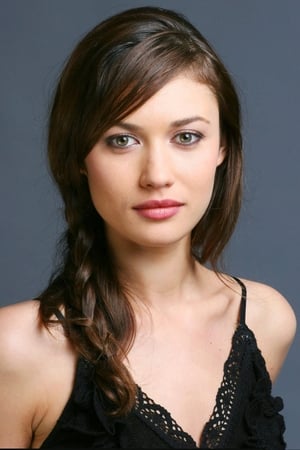 Olga Kurylenko, a Ukrainian-born actress and model who grew up in poverty sharing a Soviet flat with her aunt, uncle, grandparents and cousin, is now starring as Bond girl opposite Daniel Craig. She was born Olga Konstantinovna Kurylenko on November 14, 1979, in Berdyansk, Ukraine, Soviet Union. Her mother, Marina Alyabysheva, divorced her father, Konstantin Kurylenko, soon after her birth. After the divorce, her mother struggled to survive as an art teacher. Young Olga Kurylenko was brought up by her mother and her grandmother, Raisa. During her youth, Olga had a humbling experience of living in poverty; she had no choice but to wear rags and had to darn the holes on her sweater. During the years in Ukraine she studied art, languages, did 7 years of musical school studying piano and went to a ballet studio until 13.

At age 13, Olga and her mother made a trip to Moscow. There she was scouted by an agent who approached her at a subway station and offered a job as a model. Initially, Olga's mother was suspicious, but eventually Olga made a good career choice and took training as a model in Moscow. By age 16, she was ready for the next step. She moved to Paris, learned French in six months, and was signed by the Madison agency. At age 18, Olga appeared on the cover of Glamour, then she graced magazine covers of Elle, Madame Figaro, Marie Claire, and Vogue, and also became the face of Lejaby lingerie, Bebe clothing, Clarins and Helena Rubinstein cosmetic companies.

In 1999, Olga married her friend, French photographer Cedric Van Mol and divorced him three and a half years later. One day Olga presented herself to an acting agency. Eventually, she swapped the catwalk for celluloid, and her acting career took off. In 2005 she made her film debut as Iris, a sensual beauty in L'annulaire (2005) by director Diane Bertrand.

Olga's cinematic roles have been notably steamy, and her natural beauty and explicit nudity attracted the attention of the male audiences. She appeared opposite Elijah Wood in Paris, je t'aime (2006) and as Sofia in Le serpent (2006), then co-starred as Russian beauty Nika Boronina opposite Timothy Olyphant in Hitman (2007/I). She also appears as Mina Harud in the indy surveillance-thriller "Tyranny" (2008) and is billed as Camille, the Bond girl in Quantum of Solace (2008), a sequel to Casino Royale (2006).

So near and yet so far

A hero the world never deserved

To the Wonder Review

Nick Wrigley returns to these pages after 12 years to share his love for Terrence Malick's new film, on Blu-ray...

To the Wonder in June

Malick's latest on its way to UK DVD and Blu...

James reviews the hi-def release of Bond 22 and finds it an altogether too dry affair for his liking.

The Ring Finger (R2) in November