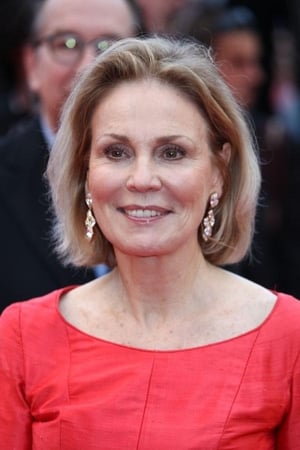 Marthe Keller (born 28 January 1945; Basel, Switzerland) is a Swiss actress and opera director. She studied ballet as a child, but stopped after a skiing accident at age 16. She changed to acting, and worked in Berlin at the Schiller Theatre and the Berliner Ensemble.

Keller's earliest film appearances were in Funeral in Berlin (1966, uncredited) and the German film Wilder Reiter GmbH (1967). She appeared in a series of French films in the 1970s, including Un cave (1971), La raison du plus fou (1973) and Toute une vie (And Now My Love, 1974). Her most famous American film appearances are her Golden Globe-nominated performance as Dustin Hoffman's girlfriend in Marathon Man and her performance as a femme fatale Arab terrorist who leads an attack on the Super Bowl in Black Sunday, both of them were ill-fated characters at the climax of each film. Keller also acted with William Holden in the 1978 Billy Wilder film Fedora. She appeared alongside Al Pacino in the auto racing film Bobby Deerfield, and subsequently the two of them were involved in a relationship. Since then, Keller has worked more steadily in European cinema compared to American movies. Her later films include Dark Eyes, with Marcello Mastroianni.

In 2001, Keller appeared in a Broadway adaptation of Abby Mann's play Judgment at Nuremberg as Mrs. Bertholt (the role played by Marlene Dietrich in the 1961 Stanley Kramer film version). She was nominated for a Tony Award as Best Featured Actress for this performance.

In addition to her work in film and theatre, Keller has developed a career in classical music as a speaker and opera director. She has performed the speaking role of Joan of Arc in the oratorio Jeanne d'Arc au Bûcher of Arthur Honegger on several occasions, with conductors such as Seiji Ozawa and Kurt Masur. She has recorded the role for Deutsche Grammophon with Ozawa (DG 429 412-2). Keller has also recited the spoken part in Igor Stravinsky's Perséphone. She has performed classical music melodramas for speaker and piano in recital. The Swiss composer Michael Jarrell wrote the melodrama Cassandre, after the novel of Christa Wolf, for Keller, who gave the world premiere in 1994.

Keller's first production as an opera director was Dialogues des Carmélites, for Opéra National du Rhin, in 1999. This production subsequently received a semi-staged performance in London that year. She has also directed Lucia di Lammermoor for Washington National Opera and for Los Angeles Opera. Her directorial debut at the Metropolitan Opera was in a 2004 production of Don Giovanni.

Keller has a son, Alexandre (born 1971), from her relationship with Philippe de Broca.

Description above from the Wikipedia article Marthe Keller, licensed under CC-BY-SA, full list of contributors on Wikipedia.

The Escape uk trailer: The pressures of family life become too much for Gemma Arterton

The day-to-day grind wears a bored housewife down

The Escape trailer: The pressures of family life become too much for Gemma Arterton

The day-to-day grind wears a bored housewife down