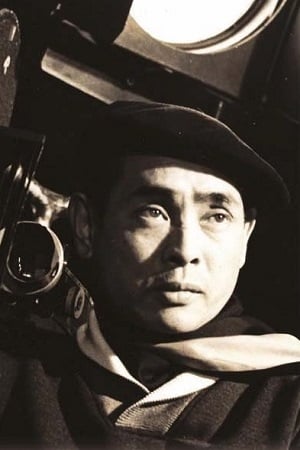 Hugely popular in his home country of Japan, Keisuke Kinoshita worked tirelessly as a director for nearly half a century, making lyrical, sentimental films that often center on the inherent goodness of people, especially in times of distress. He began his directing career during a most challenging time for Japanese cinema: World War II, when the industry?s output was closely monitored by the state and often had to be purely propagandistic. He refused to be bound by genre, technique, or dogma. Kinoshita excelled in almost every genre: comedy, tragedy, social dramas, period films. He shot all films on location or in a one-house set. He pursued severe photographic realism with the long take, long-shot method, and went equally far toward stylization with fast cutting, intricate wipes, tilted cameras, and even classical scroll-painting and Kabuki stage technique.

Kinoshita was highly prolific, turning out some 42 films in the first 23 years of his career. For this, Kinoshita explained that he "can?t help it. Ideas for films have always just popped into my head like scraps of paper into a wastebasket." While lesser-known internationally than contemporaries such as Akira Kurosawa, Kenji Mizoguchi and Yasujir? Ozu, he was a household figure in his home country, beloved by both critics and audiences from the 1940s to the 1960s.

Although few concrete details have emerged about Kinoshita's personal life, his homosexuality was widely known in the film world. Screenwriter and frequent collaborator Yoshio Shirasaka recalls the "brilliant scene" Kinoshita made with the handsome, well-dressed assistant directors he surrounded himself with. His 1959 film Farewell to Spring (Sekishuncho) has been called "Japan's first gay film" for the emotional intensity depicted between its male characters.

Kinoshita received the Order of the Rising Sun in 1984 and was awarded the Order of Culture in 1991 by the Japanese government. He died on December 30, 1998, of a stroke. His grave is in Engaku-ji in Kamakura, very near to that of his fellow Shochiku director, Yasujir? Ozu.