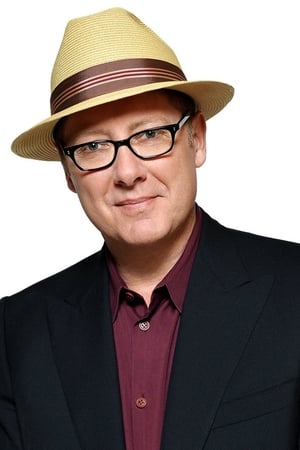 James Todd Spader (born February 7, 1960) is an American actor and producer. He has portrayed eccentric characters in films such as Sex, Lies, and Videotape (1989), Stargate (1994), Crash (1996), Secretary (2002), and Lincoln (2012). In the Marvel Cinematic Universe, he played the titular character of Ultron in Avengers: Age of Ultron (2015), which he portrayed through voice and motion capture.

His television roles include those of attorney Alan Shore in The Practice (1997-2004) and its spin-off Boston Legal (2004-2008) (for which he won three Emmy Awards), and Robert California in the comedy-mockumentary The Office (2005-2013). He also stars as high-profile criminal-turned-FBI-informant Raymond "Red" Reddington in the NBC crime drama The Blacklist, (2013-) for which he has earned two Golden Globe Award nominations.

Description above is from the Wikipedia article James Spader, licensed under CC-BY-SA, full list of contributors on Wikipedia.

“Welcome back! The party’s inside” – a menacing early role for James Spader in The New Kids

The Blacklist: The Complete Third Season

The James Spader-starring crime drama has a third go-round, on Blu-ray!

The Blacklist: 1.11 - The Good Samaritan

Red's on a rampage, Keen's under suspicion....

We're back with The Blacklist for the start of a two parter....

The Blacklist: A catch-up

America is hooked on The Blacklist. John wonders why

Batman, Jurassic Park and Interstellar are among this weeks updates

Lincoln (US) in March