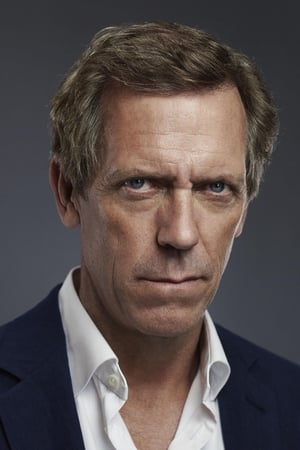 James Hugh Calum Laurie CBE is an English actor, director, singer, musician, comedian and author. Laurie is known for portraying the title character on the Fox medical drama series House (2004?2012), for which he received two Golden Globe Awards and nominations for numerous other awards. He was listed in the 2011 Guinness World Records as the most watched leading man on television and was one of the highest-paid actors in a television drama, earning £250,000 ($409,000) per episode of House. His other television credits include arms dealer Richard Onslow Roper in the miniseries The Night Manager (2016), for which he won his third Golden Globe Award, and Senator Tom James in the HBO sitcom Veep (2012?2019), for which he received his 10th Emmy Award nomination.

Forced to abandon rowing during a bout of glandular fever, Laurie joined the Cambridge Footlights, a university dramatic club that has produced many well-known actors and comedians. There he met Emma Thompson, with whom he had a romantic relationship. The two remain good friends. She introduced him to his future comedy partner, Stephen Fry. Laurie, Fry and Thompson later parodied themselves as the University Challenge representatives of "Footlights College, Oxbridge" in "Bambi", an episode of The Young Ones, with the series' co-writer Ben Elton completing their team. This page is based on a Wikipedia article written by contributors. Text is available under the CC BY-SA 4.0 license; additional terms may apply.

Avenue 5 1.08: This is Physically Hurting Me

How far are the passengers willing to go to escape Avenue 5 this week?

Avenue 5: 1.05 He's Only There to Stop His Skeleton from Falling Over

Frank narrowly avoids a public execution on this week's Avenue 5.

Clark prepares to get his hands dirty on this week's Avenue 5.

Avenue 5 pulls back the curtain this week - then swiftly puts it back.

Does Avenue 5 deliver the laughs?

From rags to riches... and back again

Holmes and Watson trailer: Will Ferrell & John C. Reilly take us back to Baker Street

A first look at their take on the iconic characters

Laurie is out of Robocop

After eight years, it's over. So, what's the final diagnosis?

How is Hugh Laurie's drug-addled doc coping with his final year? And what will happen next?

House to end with eighth season

Grumpy Sherlock-homaging medical drama to finally come to an end.

More Gossip about the Doctor Who Movie