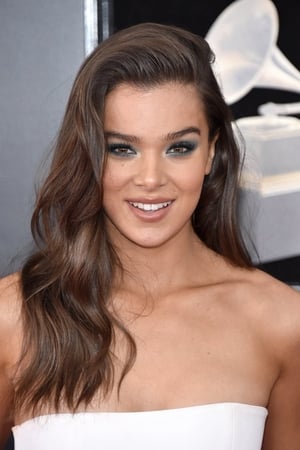 Hailee Steinfeld (born December 11, 1996) is an American actress. She rose to fame for her portrayal of Mattie Ross in the 2010 film True Grit, for which she was nominated for an Academy Award for Best Supporting Actress and a BAFTA Award for Best Actress in a Leading Role. Steinfeld was born in Tarzana, Los Angeles, the daughter of Cheri (née Domasin), an interior designer, and Peter Steinfeld, a personal fitness trainer. She has an older brother, Griffin (born January 9, 1994), who is a professional NASCAR driver. Her paternal uncle is fitness trainer Jake Steinfeld, and her maternal great-uncle is former child actor Larry Domasin. Her father is Jewish  and her mother is of English, Filipino and German descent. Steinfeld was raised in Agoura Hills and later in Thousand Oaks, California, attending Ascension Lutheran School, Conejo Elementary, and Colina Middle School. She has been home-schooled since 2008.

Spider-Man: Into The Spider-Verse Review

Spider-Man: Into the Spider-Verse Review

Hailee Steinfeld releases a lyric video for 'Back To Life' taken from the Transformers spin-off movie, Bumblebee

New Bumblebee trailer: We find out more about Hailee Steinfeld's character and her relationship with the Transformer

Stop what you're doing and watch the Spider-Man: Into the Spider-Verse trailer right now!

The Toronto hit coming to the UK later this month.