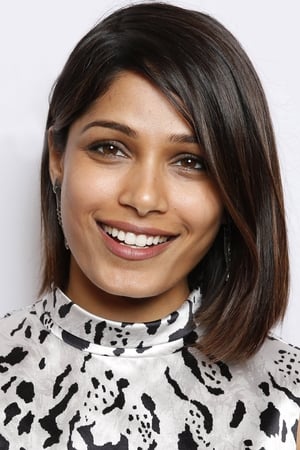 Freida Selena Pinto (born 18 October 1984) is an Indian actress who has appeared mainly in American and British films. Born and raised in Mumbai, India, Pinto gained an interest in acting at an early age and took part in amateur theatre while she was a student at St. Xavier's College, Mumbai, where she majored in English literature and minored in psychology and economics. Following graduation, she worked as a model and hosted the international travel show Full Circle (2006) on Zee TV.

Pinto rose to prominence with her film debut in the British drama Slumdog Millionaire (2008), for which she was nominated for the BAFTA Award for Best Actress in a Supporting Role, MTV Movie Award for Best Breakthrough Performance, and Teen Choice Award for Choice Movie Actress - Drama, and won the Palm Springs International Film Festival Award for Breakthrough Performance. Her biggest commercial success came with the science fiction film Rise of the Planet of the Apes (2011). Her performance as the title character in Michael Winterbottom's Trishna (2011) garnered her widespread recognition and praise. She portrayed Cretan princess Phaedra in the epic fantasy action film Immortals (2011), narrated the documentary Girl Rising (2013), and starred in the biographical drama Desert Dancer (2014), for which she received critical acclaim. In 2017, she starred in the Showtime miniseries Guerrilla, and in 2018 she had starring roles in the Indian drama Love Sonia and the fantasy adventure film Mowgli: Legend of the Jungle.

Although the Indian media has credited Pinto with breaking the stereotypical image of an Indian woman in foreign films, she has been a lesser-known figure in Indian cinema and has rarely featured in prominent productions in India. Along with her film career, she promotes humanitarian causes and is vocal about women's empowerment.

Is Hillbilly Elegy really one of the worst films of the year?

Love. Wedding. Repeat trailer: Sam Claflin and Olivia Munn are caught up in a Groundhog Day of a wedding

Now it suddenly appears to be a Netflix release