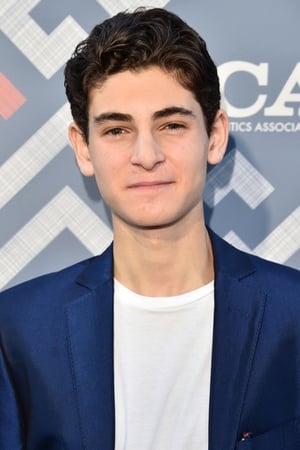 David Mazouz (born February 19, 2001) is an American actor. He first came to prominence for his lead role as mute Jacob "Jake" Bohm in the TV series Touch and is best known as young Bruce Wayne in FOX's TV series Gotham, based on the DC Comics superhero created by Bill Finger and Bob Kane.

Gotham: Legend of the Dark Knight 5.12 The Beginning...

#Gotham marks its 100th and final ever episode in epic style.

Gotham: Legend of the Dark Knight: 5.11 They Did What?

Bane enacts his final plan for Gotham's destruction in the penultimate episode.

Jim and Bruce find themselves in the clutches of a new villain and a very familiar face...

Gotham: Legend of the Dark Knight 5.09 The Trial of Jim Gordon

It's all love and war in Gotham's latest entry.

Gotham opts with a Harvey-centric episode in the latest installment