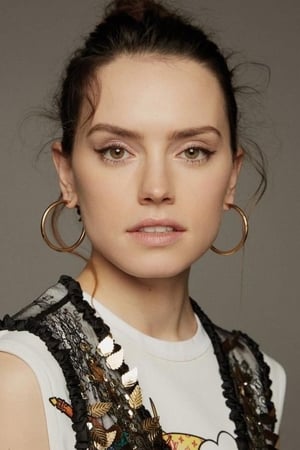 Her great-uncle was actor and playwright Arnold Ridley, of Dad's Army fame. She attended Tring Park School for the Performing Arts in Hertfordshire, graduating in 2010 at the age of 18.

Ridley has appeared in the television programmes Youngers, Silent Witness, Mr Selfridge and Casualty. She also appeared in the short film Blue Season, which was entered into the Sci-Fi-London 48-Hour Film Challenge. She played the lead in film three of Lifesaver, an interactive film which was nominated for a BAFTA British Academy Award. She has also appeared in the music video for Wiley's song "Lights On".

In April 2014, it was announced that she will play Rey, one of the lead characters in Star Wars: The Force Awakens. She was chosen for the film in February 2014. The casting of Ridley has generally been seen as a deliberate move from director J. J. Abrams, as he wishes to repeat the casting of relatively unknown actors for the lead roles like George Lucas did with the first Star Wars film in 1977.

After receiving several competing offers, Ridley switched from her original talent agency Jonathan Arun to the United Talent Agency in August 2014. Following a two-month stint with UTA, Ridley signed on with the Creative Artists Agency in October 2014.

What happened to the UK's individual 4K Blu-ray releases of the Star Wars films?

Long ago in a gala... oh you know the spiel by now

Win Star Wars: The Rise of Skywalker on Blu-ray

Disney confirm that physical releases of Star Wars: The Rise of Skywalker and Frozen 2 are still set for release

Some film releases are still on track despite earlier reports

Star Wars: The Rise of Skywalker gets an early digital release in the US

Peter Rabbit 2 delayed for 5 months due to coronavirus

Another big release is forced to reschedule at short notice

J.D.Dillard's Star Wars film probably doesn't have anything to do with Exegol or Palpatine after all...

Star Wars: The Rise of Skywalker - watch how some of the visual effects were achieved, including how Carrie Fisher was included in the film

New Peter Rabbit 2 trailer: James Corden turns from a cat back into a rabbit

Corden continues his journey across the animal kingdom

Star Wars: The Skywalker Saga 4K Confirmed - and it's an Amazon Exclusive in the UK

Only 3 days to go until the saga reaches its conclusion

Watch 3 new clips for Star Wars: The Rise of Skywalker

Fortnite, Amazon and Facebook make up part of the marketing blitz