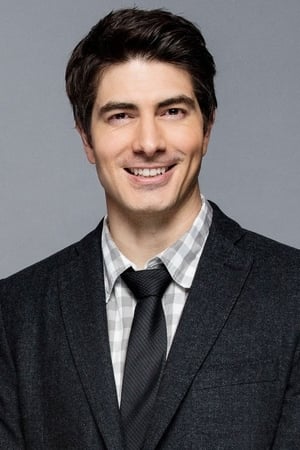 Brandon James Routh (born October 9, 1979) is an American actor and former fashion model. He grew up in Iowa before moving to Los Angeles to pursue an acting career, and subsequently appeared on multiple television series throughout the early 2000s. In 2006, he gained greater recognition for his role as the titular superhero of the 2006 film Superman Returns. He also had a recurring role in the TV series Chuck, as Daniel Shaw. Following this, he had notable supporting roles in the films Zack and Miri Make a Porno and Scott Pilgrim vs. the World. In 2010, he portrayed the eponymous protagonist of another comic book film, Dylan Dog: Dead of Night. He is currently portraying another iconic DC superhero, Ray Palmer/The Atom, in CW's superhero TV series Arrow and upcoming Legends of Tomorrow.

Its a crazy episode of Legends of Tomorrow with old faces, new faces and a truly terrifying train...

Legends of Tomorrow: 5.05 A Head of Her Time

Legends of Tomorrow: 5.04 Slay Anything

Its back to the 80s (and 00s) for a cross timeline slasher/teen movie parody in true Legends of Tomorrow style.

The Legends visit 1940s LA which means gangsters (and hats!)

Legends of Tomorrow: 5.02 Meet the Legends

The Legends encounter Rasputin The Mad Monk, while avoiding THAT song and answering the question The Avengers refused to ask…

Crisis on Infinite Earths comes to a surprising end...

Krypton returns to Krypton as Seg goes up against Zod in the search for truth in this latest episode.

Dylan Dog (US) in July