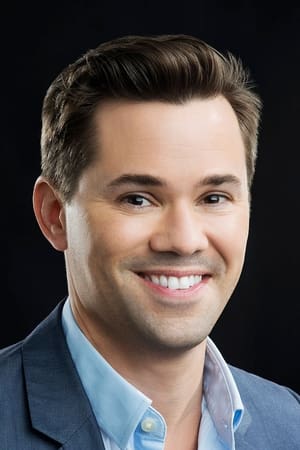 Andrew Scott Rannells was born on August 23, 1978 in the city of Omaha (Nebraska), in the United States. He studied in the Creighton Preparatory School in his hometown, and after finishing secondary, briefly attended Marymount Manhattan College. Throughout his career, Rannells won a Grammy Award and was nominated for the Tony Awards. He is known for his portrayal as Elder Price in the 2011 Broadway musical "The Book of Mormon", for which he received a nomination for the Tony Award for Best Performance by a Leading Actor in a Musical. He won the 2012 Grammy Award for Best Musical Theater Album as a featured soloist on the musical's original Broadway cast recording. His other credits on Broadway include the works of "Jersey Boys" as Bob Gaudio and "Hairspray", as Link Larkin. Andrew began his career in film and television in the mid-90's, developed primarily as a voice artist. Between the numerous animated series in which he has worked, titles are counted as "Street Sharks", "One Piece", "Yugio: Duel Monsters", "Yu-Gi-Oh!", "Liberty's Kids: Est. 1776", "Shaman Kingu," Kakutou ryouri densetsu bistro recipe", " Cubix, "Sonic X", Robots for Everyone", "Pokémon" and" Shukan Pok mon hosokyoku ". Rannells played the role of Elijah Krantz on the HBO series "Girls" and had the leading role of Bryan Buckley in the NBC series "The New Normal". Andrew also filmed some feature films - he had a brief participation in "Sex and the City 2" (2010), and a role of starring in the comedy starring Kirsten Dunst, "Bachelorette" (2012). In 2014, Rannells filled in as a replacement for Hedwig in the rock musical "Hedwig and the Angry Inch". A year later, Rannells briefly played the role of King George III in the hit Broadway musical "Hamilton". He soon secured the role of Whizzer Brown in the Broadway revival of "Falsettos", directed by James Lapine. In 2018, Rannells portrayed the role of Larry in the Broadway musical "The Boys in the Band", alongside other notable actors. He is currently playing the role of Blair Pfaff in the American comedy series "Black Monday" on Showtime.

The Boys in the Band Review

The boys in this band do a great cover version of the original play...

The Boys in the Band trailer: Jim Parsons and Zachary Quinto star in Netflix's adaptation of a game-changing play

Hannah starts telling people about her lentil which culminates in a) losing a stoned Mama Loreen and b) a brutal exchange with Elijah. Ray comes to term with his loss while Adam's begins shooting his film.

A Painful Evacuation: Desi takes steps towards recovery and Adessa decide to make movies (no, not those kind). While Ray suffers a crushing blow and Hannah receives some unexpected news.

Poughkeepsie, pills, and W.E.M.U.N - do not miss this week's episode of Girls.