Paddington 2 is Hugh Grant’s best movie, and I’m tired of pretending it’s not. Yes, I know that this is hardly the bravest thing a person can say these days, what with Paddington briefly topping Citizen Kane as the best-reviewed movie on Rotten Tomatoes, but I want to write about the little bear, so deal with it.

I do not doubt that a particular generation of people will roll their eyes at the notion that a kids movie about a CGI bear eating marmalade sandwiches can be good. Still, they’re wrong because Paddington 2 is a masterpiece. The film manages the deft feat of being wonderfully funny, incredibly heartfelt, and like the best family movies, it works for viewers of all ages.

Again though, you don’t need me to tell you this, Paddington 2 got excellent reviews when it was released, and fans have spent the last four years screaming to anyone within earshot about the film’s general greatness. What I’ve seen less of, though, is a discussion of Hugh Grant’s scene-stealing performance as the pompous actor turned bumbling thief Phoenix Buchanan.

Phoenix is the role Grant was born to play, essentially serving as an exaggerated parody of the ‘90s heartthrob. It’s perfect casting. Grant’s reputation as a slightly faded star (sorry, Hugh) allows the audience to immediately understand what this character’s about without the need to contextualise it in the movie’s script.

The joke’s made all the better by Grant being entirely in on the gag, chewing the scenery like a famished beaver in a lumberyard. Had director Paul King cast anyone else in the role, it may have felt a bit of a mean-spirited pop at actors who’d moved past their prime, and detracted from the overall sweetness of Paddington, something that would have no doubt earned King a hard stare from fans.

More than just this meta casting gag, though, Phoenix allows Grant to scratch his comedic muscles in a way he hasn’t in decades. While Hugh’s always been a great comedic actor, and his skills in his early comedy movies prove this, I don’t think it’s an unfair criticism to say he’d become a bit of a one-trick pony. While roles like Four Weddings and a Funeral and Notting Hill helped make him an A-lister, and got plenty of work in rom-coms, they also pigeonholed him.

This led to a brief period in the late ‘90s and early ‘00s where if you wanted a handsome, coquettish, but slightly standoffish charmer, you were calling Grant’s agent. It might be bold of me to suggest this, but I think this led to Grant falling into the trap we’ve seen Ryan Reynolds fall into in recent years. He stopped trying new things. Even in his best movies during these years, like About a Boy and Music and Lyrics (a film I will defend to the death), there was a tendency to go to the well with these performances. 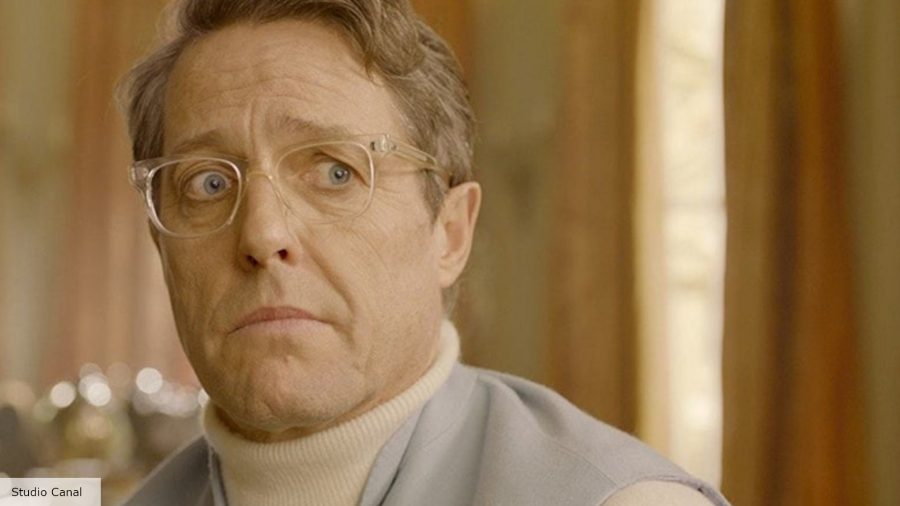 Phoenix, though, is a different animal (no pun intended). It’s far more pantomime than any of the roles he played in his heyday. Characters like Charles, William Thwacker, and even Daniel Cleaver were funny roles, but they were very much grounded in reality. Phoenix, though, is as outlandish as they come. Impressively though, Grant more than pulls it off, nailing the high camp performance and even managing to make the villain a bit of a smoothie. It may sound patronising, but it’s nice to see Hugh trying again.

It’s when Phoenix dons his disguises, though, that the character really comes to life. While they’re all brilliant in their own right, and the “unusually attractive nun” is normally the fan favourite, I’ve always had a fondness for the dog food advert. Yes, I know it’s not really a disguise, but there’s something hilarious in seeing this pretentious narcissist brought so low that he has to eat dog food to earn a living.

What makes the gag really land, though, is the way Phoenix approaches it. It would have been easy to have him be a Troy McLure like figure who can barely be bothered to film these promotional films, but they don’t. Instead, they subvert expectations by having him treat the dog food advert like it’s high art. It’s a wonderful little joke and really fits the warm, slightly chintzy world of Paddington.

Of course, my opening line wasn’t, ‘Paddington 2 is one of Hugh Grant’s best movies’. It was far more definitive than that. Paddington 2 is Hugh Grant’s best movie, and I genuinely believe this for one reason: the final musical number. I know it’s a very superficial reason to love a film, but art is a subjective medium, so what are you going to do? 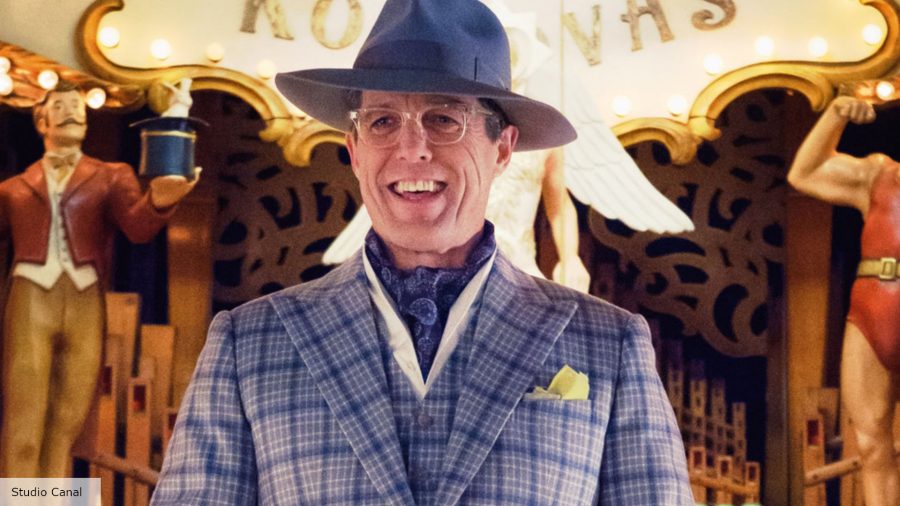 The ‘Rain on the Roof’ sequence at the end is a delight because it’s a good song, it’s very well choreographed, and it pushes Grant to take a risk once again. More than that, though, I like what it says about the world of Paddington. There’s a lot of lip service in the Paddington fandom about how kind these movies are, but it’s this sequence that proves it.

Even the villain of the piece, who nearly gets our heroic Peruvian bear killed several times during the movie, gets a happy ending where he realises all he really wanted was a “captive audience”. It’s just a really wonderfully offbeat ending for a kids movie that can sometimes skirt a bit moralistic for my tastes.

We’re not the only ones who think this is Grant’s best movie. He thinks so himself. “I was presenting, I think at the Golden Globes, and they do that thing when you walk out, and they say, ‘From the forthcoming Paddington 2, Hugh Grant.’ And someone showed me Twitter afterwards, and it was…people were full of derision,” Grant told Vanity Fair. “‘Christ, has it come to that. Poor old Hugh. Paddington 2. Sequel to a kids film.’ It’s particularly annoying in the case of Paddington 2 because I genuinely believe it may be the best film I’ve ever been in.” 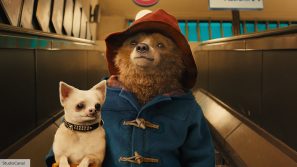