Coming straight off the success of his comedy movie, Freaky, Christopher Landon will be teaming up with Netflix to bring us another quirky take on the horror genre. The Happy Death Day director announced via Twitter yesterday, confirming that his new production has started, as well as revealing the title of his and Netflix’s latest flick, We Have a Ghost.

According to Deadline, the project has been in the works since 2017, and is based on Geoff Manaugh’s Vice Published short story Ernest, described as a “socially mediated ghost story”. It follows a ghost who resembles Ernest Borgnine, becoming a global viral sensation. Haunted house owner, Frank, decides to monetise the mostly harmless ghost, exploiting the supernatural force through social media. However, things take a turn for the worst once his business accomplice and the apparition end up missing.

Legendary acquired the screen rights to the story and signed on Landon to adapt and direct the feature in the same year Ernest was first published. However, it is only now, four years later, that filming has finally begun. Confirming that the long-awaited adaptation is underway, Landon posted a photo of a clapboard on Twitter, along with the caption, “and away we go!!!”

But before horror fans start looking forward to some spooky hauntings, the director has also stated that We Have a Ghost will not be a horror movie, despite its supernatural subject matter. In response to Bloody Disgusting’s tweet covering the news, Landon let movie-goers know that his new film won’t be looking to scare. “Hey guys sorry to be the bearer of unexpected news,” Landon tweeted. “But this isn’t a horror movie.”

Hey guys, hate to be the bearer of unexpected news but this isn’t a horror movie.

Christopher Landon has played with horror tropes before without committing to the genre, his latest example of which being Freaky, a body-swap comedy first and foremost with slasher elements. But that doesn’t mean he is done with horror completely. Besides We Have a Ghost, Landon is also confirmed to be writing the relaunch of the found-footage series, Paranormal Activity.

While we wait on updates to Landon’s spooky but not spooky projects, why not look over our list of the best horror movies on Netflix. 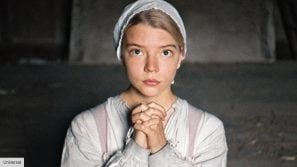