J. A. Bayona, the director of Jurassic Park: Fallen Kingdom, is set to direct Spanish-language disaster movie, Society of the Snow for Netflix. It is based on the same events that inspired the 1993 Hollywood thriller movie Alive, directed by Frank Marshall and starring Ethan Hawke.

The real-life events that the film is based on happened in 1972, when a plane carrying a rugby team from Uruguay crash-landed in the Andes. There were initially around 30 survivors and they had to resort to extreme measures in order to endure for two months in the mountains before being rescued.

J. A. Bayona is no stranger to disaster movies based on true events, having directed The Impossible in 2012, starring Ewan McGregor, Naomi Watts and Tom Holland as a family affected by the Boxing Day Tsunami in Thailand in 2004. Although the real-life family the story is based on were Spanish, the characters are British in the movie. Society of the Snow, based on La sociedad de la nieve by Pablo Vierci, will be J. A. Bayona’s first Spanish-language film for 14 years.

“It was during the documentation process for The Impossible that I discovered Society of the Snow, Pablo Vierci’s fascinating chronicle about the tragedy of the Andes,” Bayona says in a statement to Deadline. “More than ten years later, my fascination for the novel remains intact and I am happy to face the challenge that lies ahead: To tell one of the most remembered events of the 20th century, with all the complexity that implies a story that gives so much relevance to the survivors as well as to those who never returned from the mountains.”

He concludes; “I also face it in Spanish, a language that I excitedly return to after 14 years without filming in my own language, and with a team of young Uruguayan and Argentine actors, whom I’m totally thrilled with.” 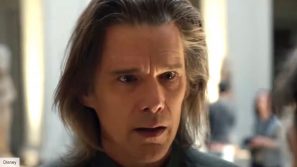 {"schema":{"page":{"content":{"headline":"Jurassic World 2 director making disaster movie for Netflix","type":"news","category":"netflix"},"user":{"loginstatus":false},"game":{"publisher":"","genre":"Netflix","title":"Netflix","genres":["Netflix","TV","Movies"]}}}}
We sometimes include relevant affiliate links in articles from which we earn a small commission. For more information, click here.
Trending in Movies

1Evangeline Lilly calls Ant-Man and the Wasp: Quantumania the “best one yet”
2Nicolas Cage is embarrassed he asked his uncle Francis Ford Coppola to put him in The Godfather 3
3Scream 5 ending explained – who is the new Ghostface killer in Scream (2022)?
Latest in Movies
Munich - The Edge of War (2022) review - new Netflix war movie finds drama in peace
Scream star Melissa Barrera nearly got stabbed by a real knife on set
Squid Game season 2 confirmed by Netflix
Meat Loaf, iconic Bat Out of Hell singer and Rocky Horror actor, passes away
Adam McKay to produce drama movie about assault on US Capitol
A