Legendary Jamaican artist Frederick “Toots” Hibbert today unveils a poignant video for his new single ‘Warning Warning’, the second offering from his highly anticipated first studio album in a decade Got To Be Tough, set for global release on 28th August. 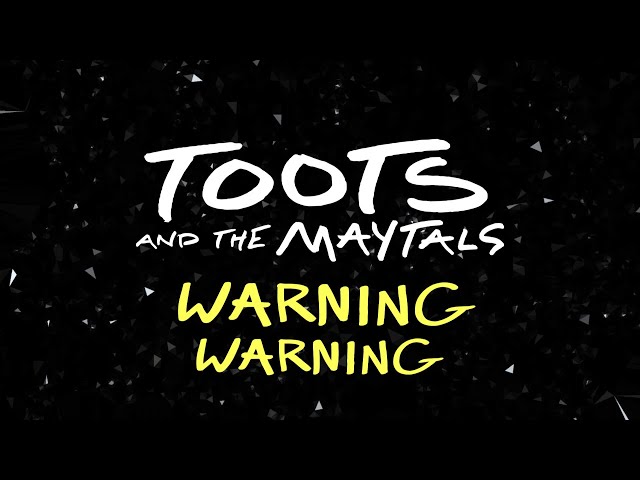 The animated video, Directed by Nick Franco, is a clear warning, prophesying mankind’s destruction unless we begin to take care of the environment and each other. During a time of global social and political unrest, Toots’ welcomed return and voice couldn’t be more needed or necessary than ever. Harking back to the start of Ska, during the civil rights movement era in America and Jamaican independence in the 1960s, he has sung iconic truths such as ‘Monkey Man’ and ‘54-46 Was My Number,’ a wry but not bitter response to his unjust incarceration for ganja. Since then Toots has gained insight into the corrupt systems that try to dominate our bravest endeavours, and it is in his new resistance music, that his anger at and sensitivity to injustice in 2020 is clearer than ever. ‘Warning Warning’ encapsulates this in a clear message for the world, with no apology – a warning.

“I want to ask everyone to keep their focus in this time of wonders. Make such focus be of good faith, love each other, take it as a warning and exercise brotherly and sisterly care for each other of all race, religion and creed,” says Toots.

The energizing provocation of Got To Be Tough renews the near six-decade career of the man who launched a new sound and genre with his 1968 release, ‘Do The Reggay.’ It’s a reminder that through Toots’ creative veins run all the roots and shoots of the Black Diaspora. Blues, soul, r’n’b, funk, jazz, reggae, African griots – Toots honors, embodies and owns them. Throwing down an authoritative guide: how to survive and thrive among our earth challenges.