Every wanted to see Trump in his undies? No, us neither, yet we love the new Meadowlark track so the video is just one of those things that we’ll have to embrace…

That said the video’s message is one we can get behind – tackling both the unworthy President of the US and his underlying prejudice. Full marks then to Kate McGill and Daniel Broadley.

Meadowlark have shared a striking video for their new single ‘Sunlight’. The track is the latest to be lifted from the Bristol based boy-girl duo’s debut album ‘Postcards’ which is out now on AllPoints.

The ‘Sunlight’ video was directed by Meadowlark’s own Dan Broadley who alongside playing in the band has produced videos for the likes of Don Broco, Lower Than Atlantis, Mallory Knox, as well as the majority of Meadowlark’s catalogue.

Featuring two men in Y-fronts and Donald Trump masks making out, the video is provocative but rather than aimlessly smearing America or its president, the video is a satirical look at prejudice. Dan himself explains further:

“Sunlight is probably one of Meadowlark’s biggest sounding songs and with that I wanted to create a big visual statement for it. A lot of our conversations recently have been swaying towards political discussion and it’s hard not to bring up the USA during them. I have no idea why I thought up the idea I did, it just came to me, possibly because of my pent up frustration with all that’s going on over there. Once it was in my head I couldn’t think of anything else to go with the song (believe me, I tried).”

Meadowlark embark on a UK-wide headline tour later this month culminating in a homecoming show at Bristol’s iconic Louisiana venue on 13th October, and today  announce a London headline show at The Islington in December. Full upcoming listings as follows with tickets for all dates available from the band’s official site here.

Since the release of ‘Postcards’ back in June, Meadowlark have had a busy summer of UK festivals and also teamed up with producer EMBRZ on his recent single ‘Heartlines’. 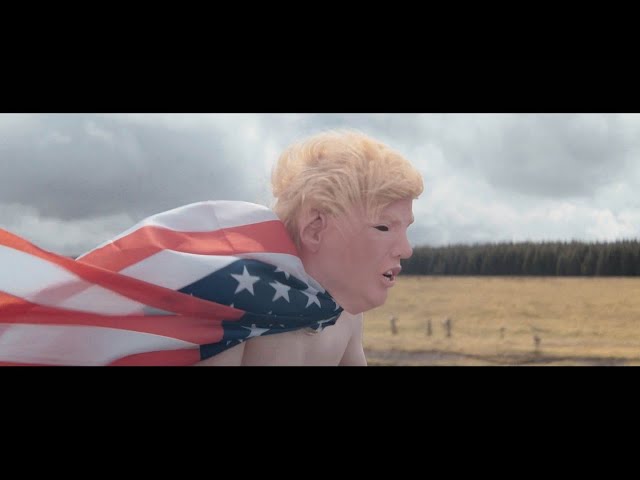