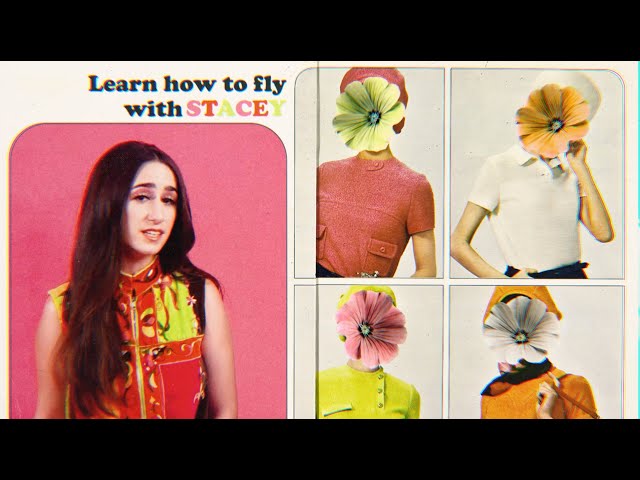 ‘DMT’ is the second track from Stacey’s upcoming debut album, Saturn Return, which is due for release later this year. The video for ‘DMT’ was directed by Sara Serna.

A hazy, de-tuned piano opens the song before Stacey sweeps in with a chromatically ascending then lilting vocal melody. As the track blooms, the psychedelic video shifts through multicolored collage sequences while she showcases inventive ’60s hair and makeup looks.

Stacey says about the inspiration behind the song, “‘DMT’ is a fun, modern exploration of psych-pop. I wrote it with some of my favourite songwriters, Canadian duo Babygirl. We let our brains run free with melody and lyrics and of course a love for Beatles-y vibes. I’m a big psych-rock enthusiast, old and new, and was excited to dip my toe into that world.”

She adds about the video, “This video was made during the COVID-19 lockdown. I bought a green screen and filmed all the performance footage on my iPhone. My makeup artist and I are in a quarantine pod so she of course did all the looks and also helped with the filming. I rented some lights and we FaceTimed in our gaffers to guide us! I then sent all the footage to collage artist Sara Serna, who is based in Peru. I found her work on Instagram and knew our aesthetics would line up perfectly. She is incredibly talented. Creatives from Toronto, LA, Peru, and Texas had hands on this!”