Manchester three-piece False Advertising have today released a brand new single and video ‘Wasted Days’, which is the 4th track taken from their forthcoming new album Brainfreeze – out Friday 8th November. The single is a follow up to ‘Influenza’, which was an Annie Mac Radio 1 ‘New Name’, an Amazing radio A List, a Radio X evening playlist and NME Radio B list addition. 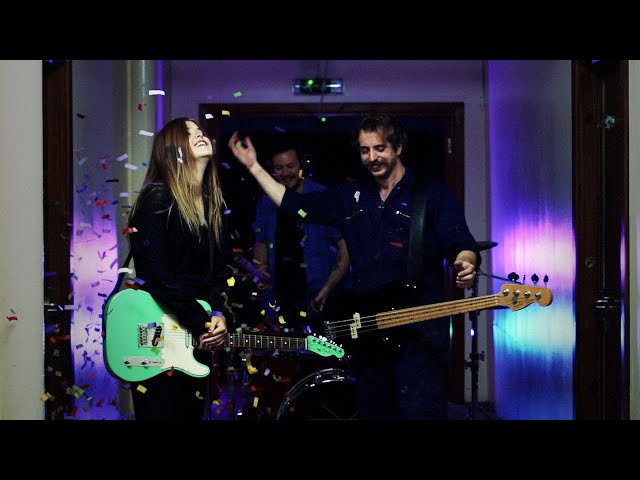 From singer/guitarist/occasional drummer Jen Hingley – “So, ‘Wasted Days’ is about questioning whether something you’re struggling is worth the hassle. When you know that the better thing would be to take yourself out of the equation and just let it go, but things are never ever really that simple. It also shares a few parallels with the first song that we ever put out called ‘Wasted Away’. It’s like it’s more raucous evil sibling.”

The band are set to release their brilliant and vibrant new album Brainfreeze on November the 8th through their new label, Alcopop (Art Brut, DZ Deathrays, Tigercub). They have a UK headline tour kicking off in Manchester on Saturday 9th November, which follows a very busy live summer that has taken in a tour with Jamie Lenman, headline shows across the country and appearances at Truck, Tramlines, Liverpool Sound City, The Great Escape, 2000trees Festivals and many more.