Today brings the release of the video to accompany ‘A Billion Heartbeats’, the most recent single added to the well-equipped belt of Mystery Jets. Watch above.

The single is taken from the bands upcoming album A Billion Heartbeats, due for release on 3rd April. The album was previously postponed due to the ill health of lead singer, Blaine Harrison. A Billion Heartbeats as an album achieves a balance of passion, fear and hope. Amid the colourful cavalcade of rich harmonies, heavy guitars and rallying cries, the album’s essential message – about personal responsibility, and the power in becoming engaged. In a sense, it’s not just their “state of the nation” record but their “state of a generation” record too. 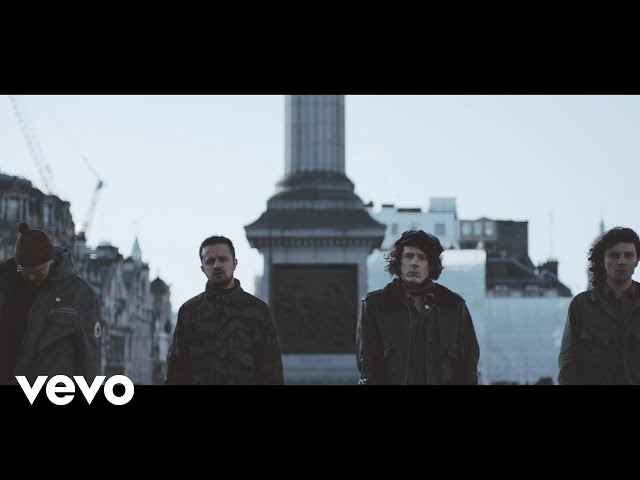 The new video begins with the band featured in Trafalgar Square, a place of great importance to Blaine as he previously lived in a property guardian right around the corner from the huge historical monument and tourist attraction. It was during 2017 he witnessed an entire year of protests here. It was from here that Mystery Jets’ sixth long player, A Billion Heartbeats, was born. Shots of the monument brought into the picturesque scene of the countryside provides an atmospheric juxtaposition.

We increasingly hear from musicians that music should be an escape these days – that there’s enough suffering in the world, enough misery on the news, without writings songs about it too. A Billion Heartbeats makes all that sound like a bit of a cop-out. These are songs of protest that get the heart racing in joy; high on hope, and serious in their message. Proof, basically, that music speaks louder than words.

The band recently announced their rescheduled 2020 tour dates which are as follows: