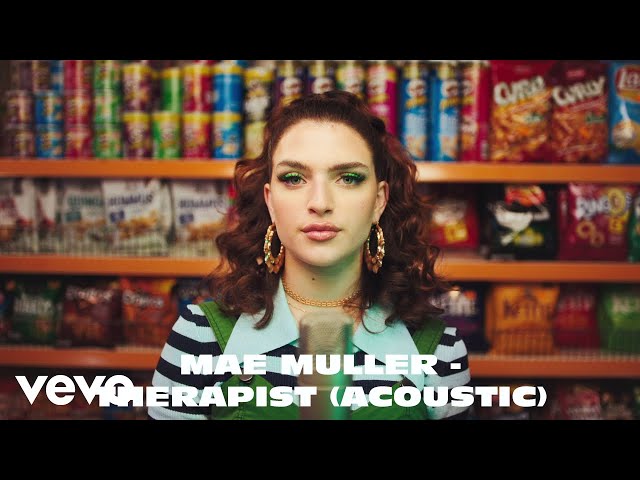 The video directed by Lloyd Pursall is set in the cool London aesthetic of a corner shop, darkly lit and accompanied by a live band, Mae addresses the role of a woman in a ‘one-way’ relationship who puts in all the work, gets nothing back and finally makes the decision that enough is enough. Delivering her honest account of this difficult situation via her distinct velvety soul-tinged vocals.

Speaking on the concept behind ‘Therapist’ Mae explains, “…I feel like a lot of the time, a ‘good’ girlfriend is measured in how many chances they give, and how much they can endure mentally before their partner decides to treat them right. That is not it! We are not here to teach men how to behave, we are not their mothers, or their therapists, and we shouldn’t have to take on that pressure! Especially when we received nothing in return. In this particular song, it was about a situation where I really wanted to make it work but realised that this person did not need a relationship, and that I couldn’t give him what he needed no matter how hard I tried.”

Following on from the success of her previous singles, ’Jenny’ and ‘Anticlimax’ Mae’s sound is influenced by the likes of H.E.R and Julia Michaels and is fast becoming the spokesperson for her generation via her music. Mae explains, “That’s the thing with my songs – it doesn’t have to be metaphorical. I want to say things that people think in their heads. I think that’s a weird thing to grasp for some people. But it’s all emotion based. If you feel the same way I do sometimes, it’s all going to relate… I know what the message is that I want to get across”.