British rising star Lola Young has released the video for ‘Pick Me Up’, a track taken from her forthcoming EP Renaissance, due out 21st April via Island Records. 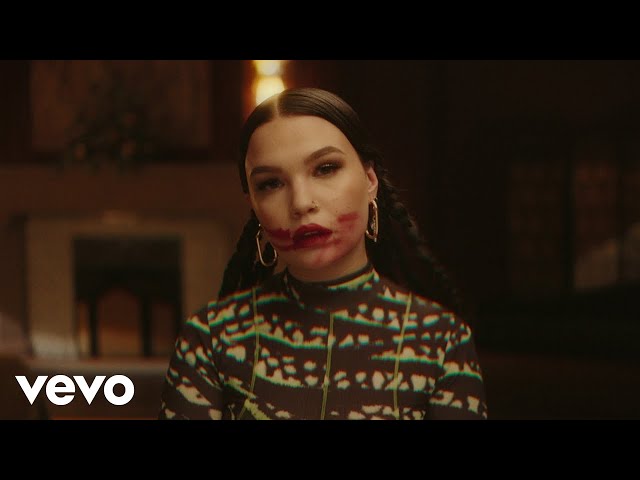 Directed by previous collaborator The Rest (Slowthai, Kojey Radical, Joy Crookes), the video allows Lola’s performance to take centre stage. Set in her bedroom, there’s a dark undertone to the playfulness of the track that gradually descends into a kaleidoscope of unsettling imagery. Produced by Manuka, ‘Pick Me Up’ utilises Lola’s deeply emotive storytelling and distinctive attitude to take listeners on a personal and yet truly relatable journey.

Speaking on the track, Lola explains: “Pick me up is about love and the loss of it. It’s also meant to be a song about having anger towards someone but still wanting them regardless of how much they’ve let you down and not metaphorically picked you back up. The writing process of this was super fun, I wrote to a beat that my friends made (Conor and Will/Manuka) and it felt super special. My upcoming EP is based around love, and longing and being a young girl living in south London falling in and out of love. Its a 3 track EP that will hopefully take people on a short but meaningful journey.”

The video follows on from the success of the single that dropped on streaming platforms after an incredible session for Annie Mac’s Radio 1 show. Earlier tracks such as ‘6 Feet Under’ and ‘Blind Love’ picked up huge radio support from the likes of Annie Mac, Benji B, Giles Peterson, Jo Wiley, Mistajam and DJ Target while simultaneously securing Lola’s position on the 2020 ones to watch lists for the likes of Dummy, Evening Standard, The i, The Sun and CLASH.

Fiercely independent and exceptionally talented, 19-year-old Lola has an undeniable creative focus and as a live performer she is captivating and uncompromising. Drawing on a unique gift for writing songs that encapsulate and explore the human condition; Lola is able to delve into her feelings and turn extremely personal emotions into something every listener can relate to. It’s potential like this that makes the South London artist an extremely exciting new talent that’s set for huge things.

The Exorcist sequel will be a trilogy of new movies