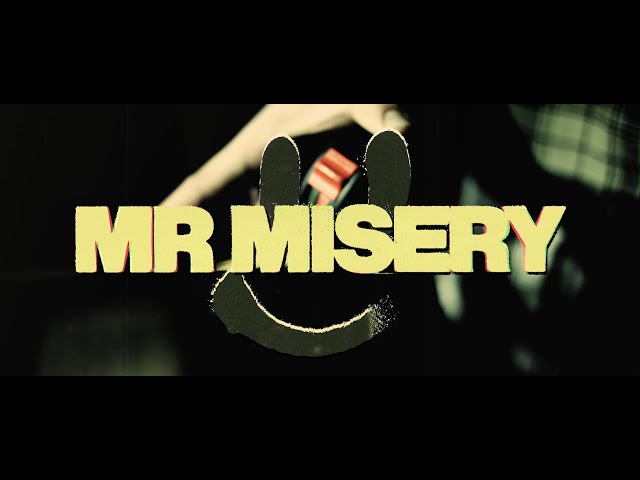 The video sees James and his band mates teaming up with creative visionary and video director, Eric T Graham, who says ‘I was absolutely blown away when I heard the new music James has been putting out. It took no more than a few seconds of Mr. Misery’s first listen before I was adamant on making a music video with these guys.

Eric explains the theme and concept for the video, saying ‘Being heavily restricted by lockdown, I knew I wanted to incorporate and use the restrictions as an advantage, rather than having the video postponed. I took an antagonistic approach towards the current circumstances and restrictions put in place by the overarching pandemic and the South African government’s response towards it.

The music video introduces us to the band wearing face masks, staying the appropriate distance from one another and applying hand sanitiser. Monitoring an empty street at night, the band addresses the situation head-on with withered statements on cardboard (all of which being segments from local headlines). The main theme would be questioning and confronting reality, authority and the layered response from our government.

After editing a preliminary video, we shot some silhouettes to mask over the main narrative and performance, to amplify the forms of deflection, masking and deception that this pandemic (and how the government is responding towards it) yields.

While being one of my proudest works, this was easily one of the most effortless music videos I’ve ever produced. James, Dan and Pierre were amazing to work with and never doubted or questioned my vision for this video.’

Speaking about the making of the video, James explains “Shooting Mr Misery was a 3am decision!

I got a message from an old friend from my days playing guitar in a previous band, who turned out to be an amazing videographer! We literally decided to do the video and started filming 2 days later.

Eric T Graham was the Visionary behind the video and from moment one I knew that he was the perfect person to truly bring out the meaning of the song and make a statement at the same time.”