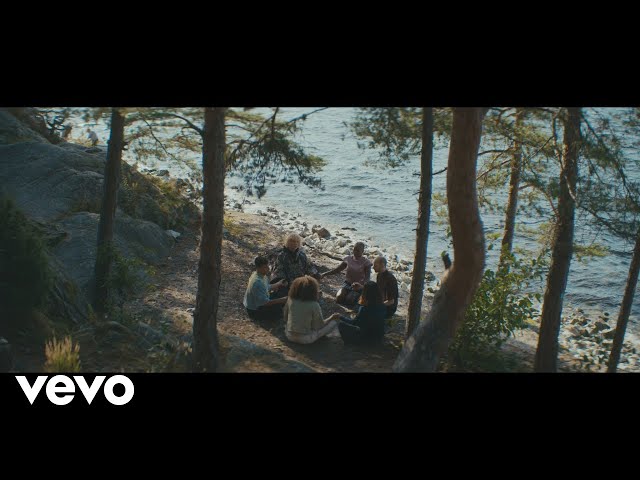 The stunning video for ‘Haloes’ is directed by award winning Norwegian director Thor Brenne, who dreamily brings Ina’s lyrics of unity, magic and euphoria to life. The video is comprised of beautiful scenes which juxtapose breath-taking natural landscapes with interpretive dance sequences exploring the enchantment of human connection.

Speaking of the single, which has racked up over a million streams since its September 20th release, Ina says: “I wrote ‘Haloes’ with my favourite co-writer and good friend Steve Mac and we wanted to capture that moment of euphoria you feel when you are in a crowd of people and everyone is just having a wonderful time, being human together.

With my songwriting, I am constantly trying to capture defining moments of human nature in seemingly ‘everyday situations.’ The first ‘hello’ that leads to a lifelong relationship, the first spark in an innocent touch or that final decision one makes that leads through sorrow and loss, to a completely new and bright path. I truly believe there is magic in everything, if you just take a second and look for it.”

‘Haloes’ is the follow up to this year’s ‘Forgive Or Forget,’ which Ina will no doubt be performing at her sold-out London headline show at the Camden Assembly on October 24th.

Ina Wroldsen has already built up an admirable collection of some of the biggest singles of the last 10 years, having penned hits for the likes of Clean Bandit, Jess Glynne, Little Mix, Britney Spears and Calvin Harris.