The rising South African four-piece Honeymoan release their first ever music video today, for the new single ‘Too Much’. Watch it above 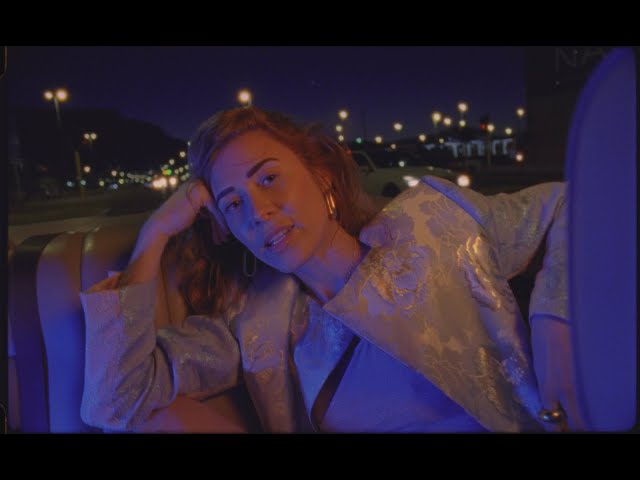 The single is taken from the new EP, Weirdo, which dropped last week on Communion Records and brings through the band’s love of psychedelic sounds.

Within a body of work that’s praised for both its infectious hooks and also a sense of sonic exploration, ‘Too Much’ is another example of Honeymoan taking unconventional topics and crafting them into compelling indie pop hits. The lyrics delve into middle class guilt, people’s awareness of important issues and their unwilling attitude toward changing their ways – all set over the track’s pulsating bass, driving guitars and reverb drums.

The video shot over a day and night in the band’s native Cape Town features singer Alison Rachel as she dances and drives through a dreamlike version of the city.

Director Jesse Navarre Vos explains… “From the outset I had this idea of a performance video and I wanted the verse sections to take place in the day and have an almost natural light to them, and the chorus sections to be more night-driven, surreal, colourful and powerful. Too Much is the track that really stood out for me from the Weirdo EP and we had a lot of fun making the video. The whole crew really pulled together and Alison had to brave some pretty cold weather to get some of the shots”.

Singer Alison Rachel adds… “A lot of love went into the making of this video, love of music, of film, beauty and of each other, and you can feel it. Talented people came together because of a mutual love for creative expression and worked tirelessly to create this really special music video that I’m so proud to be a part of.”

The new EP also includes the lead single ‘Still Here’ and joins Honeymoan’s growing catalogue of buzzy alt-pop anthems, including ‘We’, ‘Sweating Gold’ and ‘Low Blow’ which all picked up significant tastemaker and playlist support in the US and UK.