Gabrielle Aplin has released the beautiful video for her new single ‘Nothing Really Matters’.

The enchanting video is an artistic representation of the varying degrees of mental state that come with self-acceptance.

Regarding the video Gabrielle says, “It was really great to work with director Joe Connor again. I wanted to make something that represented the different mind-sets and feelings involved with letting go, or opening up and taking a risk. Reflecting the anxiety, excitement, confidence, restlessness and hesitance. Joe drew inspiration from the single artwork as a starting point to create a video that felt like a series of still lifes and photographic portraiture brought to life with the dancers, dressed in padlocks and keys to symbolise unlocking and opening up.”

Explaining the single Gabrielle says, “‘Nothing Really Matters’ is about the battle between the excitement of wanting to open up, and the fear of opening up. I was having one of those days where I questioned the validity and importance of everything around me, and how much time, energy and thought I gave to things that really, didn’t matter. It’s about focusing on what’s really important to you.

“I wanted to push myself vocally, challenge the way I think about structure in a song, experiment with how I say what I need to say lyrically, whilst still focusing on what it is that makes me the artist I am. This song has really pushed me and surprised me and I’m so excited to release it into the world!”

‘Nothing Really Matters’ follows the release of ‘My Mistake’ late last year, which saw Gabrielle strip back on production and bare her soul on the searingly honest and beautiful piano ballad.

The songs are taken from her forthcoming third album, due for release later this year through AWAL. The major global deal is a new partnership between AWAL and Gabrielle’s own successful label Never Fade Records.

The wonderful diversity of Gabrielle Aplin as both a pop star and songwriter are displayed in the new songs. Whether she is singing a stripped back piano ballad or a huge pop song, her lyrical content and emotive vocal delivery remain at the forefront of her music.

The singles mark an exciting new chapter for Gabrielle Aplin as she is set to release her brand new album, which features some of her most personal lyrical moments alongside a breadth of music and influences not yet heard from her before.

Fans will be able to get the first taste of her new music live at summer festivals this year. Gabrielle Aplin has been announced to perform at Glastonbury Festival on the Acoustic Stage as well as Boardmasters Festival and OnBlackheath. She has more live dates to be announced soon. 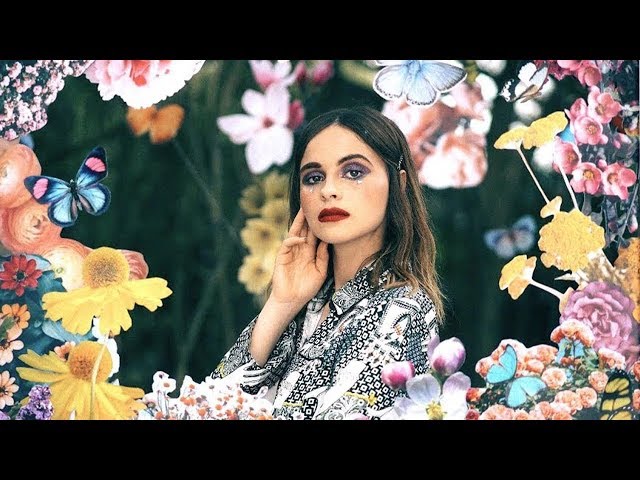