With these six songs, Holly Humberstone successfully transitions from up-and-coming to fully-arrived force to be reckoned with. 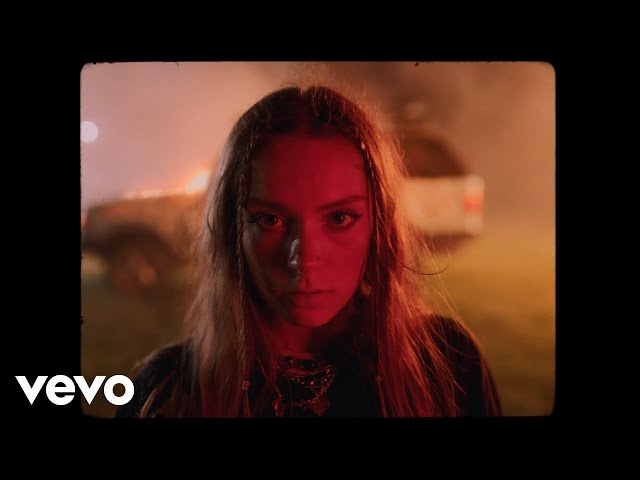 Falling Asleep At The Wheel is the debut EP from British musician Holly Humberstone. The 20-year-old has been making a splash for about a year now with festival performances, a few singles and demos, and supporting Lewis Capaldi during various live shows. Humberstone even released a stirring rendition of Radiohead’s ‘Fake Plastic Trees’ earlier this summer. But with the release of her first EP, the singer-songwriter truly comes into her own and lets the musical world see what she brings to the table.

In every song of Falling Asleep At The Wheel, Humberstone does a brilliant job of including clearly personal lyrics that somehow engage the listener regardless of situation. She’s stated in a press release that the first song, ‘Deep End,’ is about wanting to help her sister with a difficult time but not quite knowing how. Yet, despite this clearly personal meaning, listening to ‘Deep End’ you feel moved by her honesty and sincerity to the point of rekindling your own memories.

The rest of the EP paints a picture of the ebb and flow of relationships. Humberstone innocently and anxiously displays wanting to confess feelings to a crush in ‘Overkill.’ ‘Vanilla,’ while seemingly upbeat and pop-like, describes a relationship that has settled into apathy and lifelessness, complemented by the more sombre ‘Falling Asleep At The Wheel’ challenging the continued life of a relationship through self-doubt and emotional confusion. ‘Drop Dead’ doesn’t sugarcoat the ending of a relationship at all, but the final song ‘Livewire’ beautifully portrays the bittersweet reminiscing of a lost relationship. These songs are an emotional roller coaster.

Even the song styles themselves drag the listener through a spectrum of feelings. Her’s voice manages to possess haunting qualities and comforting warmth at the same time; the musical backing complementing rather than overshadowing this vocal honesty and vulnerability, truly creating an engaging experience.

The only negative that can be said about Falling Asleep At The Wheel is that it’s not a full album. The EP though certainly sparks interest in hearing more from this excellent musician. With these six songs, Holly Humberstone successfully transitions from up-and-coming to fully-arrived force to be reckoned with.