Even in Dreamland’s opening sing-song arpeggio – like a rework of the tune you’d hear before a customer service announcement over an old-school tannoy at Walmart – and its reverbed first lyric (‘pulling down backstreets deep in your head’), Oxford psych-pop outfit Glass Animals set the scene for their third studio album: the bubblegum, sugar-grit, dirty neon of a late 90s southern American childhood. 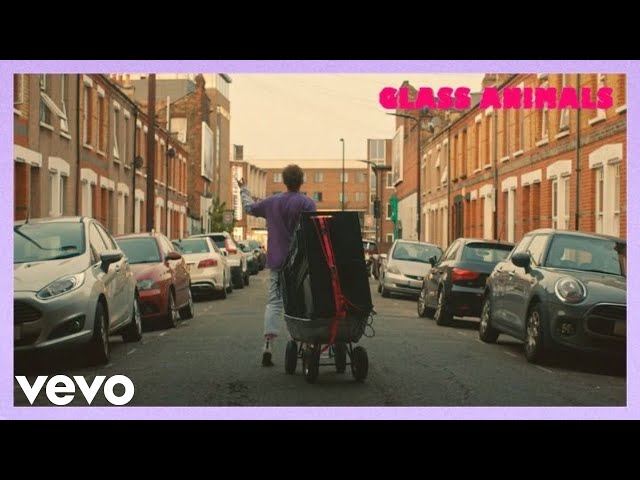 This seemingly sudden autobiographical direction for frontman extraordinaire Dave Bayley partly stems from the gruelling rehabilitative process undertaken by his bandmate, drummer Joe Seaward, after a horrific cycling accident in July 2018. Whilst Seaward learned how to walk, talk and drum again, Bayley retreated into his own formative years in early 2000s small-town Texas. He ruminates on memories both private and public, suffused with the sticky hip-hop beats and tropical-flavoured tones informed by both the likes of Outkast and The Beach Boys.

Could Dreamland be considered sickly sweet? Maybe. Its originality can certainly be called into question: the vaporwave aesthetic is a fun albeit slightly outdated look from the early 2010s which has driven the record’s marketing campaign, most notably in the form of a retro Windows 98-style website and memey Instagram filter.

There’s also the issue of what the album wants to say. By consistently mentioning Clinton-era brands and products (Pepsi Blue, Push Pops, and Froot Loops in one verse of “Waterfalls Coming Out Your Mouth” alone), do Glass Animals veer into 90s kid tedium? Sometimes the world-building does verge on lazy, much like the infamously incessant 80s reference-dropping of 2011 sci-fi novel Ready Player One. Mainly, though, Bayley does at least make a point about the inextricable confluences of his personal memories with those belonging to the pop-cultural zeitgeist. Indeed, how could he set his nostalgia in such a period and place without acknowledgement of its rampantly capitalistic excess?

A better comparison would be with Sean Baker’s 2017 film The Florida Project, an arresting child’s view into growing up in the poverty-ridden motel complexes surrounding DisneyWorld (maybe not so far from the band’s theme-park-esque ‘Dreamland’ vision). Though it’s not monetary hardships which Bayley focuses on, he does look back on experiences which say a whole lot more about the sinister side of the American dream through the lurid lens of youth.

“Space Ghost from Coast to Coast”, for example, is about an early friend of Bayley’s later bringing a gun into school, as well as a fictionalised instance of visiting him in prison (‘You look bizarre in apricot’). “Domestic Bliss”, on the other hand, comes from a memory (according to this tweet, Bayley’s first memory) of witnessing the domestic abuse of a friend’s mother at the age of six. There isn’t much room for nuance here – anyone could criticise the lyrics for being a bit earnest – but who cares about subtext when you’re a kid? Seeing it all through baby Dave’s eyes leaves an impression of intense vulnerability.

Tracking their development since their first record, Zaba, it’s clear that Glass Animals have moved on from soundtracking smoky college bedrooms to collaborating with such hip-hop production giants as Denzel Curry (featured here on “Tokyo Drifting”). In their successful assimilation of rap and R&B, and according to their building acclaim (Dreamland reached No. 1 on the Billboard Top Rock Albums chart), the only way is up for Bayley’s boys.