Albums romanticising the start of a great adventure saturate the history of pop. But the ones which chart the everyday anxiety; the homesickness; the disillusionment alongside the excitement: those are far rarer. In Dan Croll’s first LP in three years, he trades the samey nice-guy uniformity of 2017’s Emerging Adulthood for a bittersweet, mellow ode to transience and changing places. To recreate the mindset in which he wrote the album, Croll released pairs of singles in chronological order every month from the start of 2020. This strategy, which has continually proven successful for alternative artists with a loyal fanbase, has allowed his audience to follow the ups and downs of his move and readjustment to life in the City of Angels in something resembling real-time. 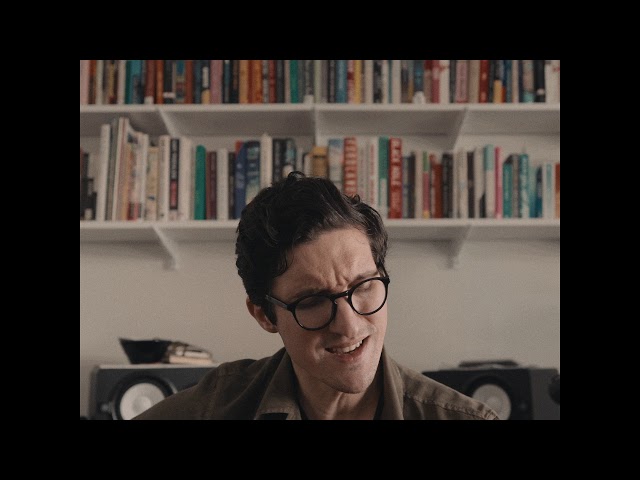 It’s not difficult to tease out specific influences from Croll’s melting pot. The Beatles (as ever) are particularly prominent, given the title of its first track – ‘Yesterday’, and the fact it addresses his wasted opportunity when meeting with Paul McCartney at the dawn of his career. Considering Croll’s longing for home – which, for him, is not just England but specifically Liverpool, the Beatle burrow itself – it’s an entirely necessary homage to make. ‘Actor with a Loaded Gun’ also utilises those methodical descending chord progressions McCartney and Lennon were so fond of in a bracingly honest expression of social anxiety (“This is not a party / It’s a social interview”).

Meanwhile, ‘Stay in L.A.’ highlights the better components of a 70s Billy Joel or Elton John ballad. Here, Croll’s inner melancholic piano man shines, buttressed by muted gospel back-up vocals. Bearing in mind the reflective nature of the album, it’s in tracks like this that the soulful heart of Croll’s narrative is laid bare. Later songs such as ‘Hit Your Limit’ and ‘Surreal’ retrospectively trace his growing contentedness in the city, whereas ‘Coldblooded’ and ‘Together’ candidly preserve both the sourness of betrayal and his tragedy-fuelled grief in discovering that his friends from Liverpool’s music scene have died in a tour bus crash.

A doubtful beginning and poignant end then frame the album’s turning point – ‘Grand Plan’ and ‘Work’, where Croll begins to realise he isn’t alone. In a Beach Boys ‘God Only Knows’-esque moment – who can forget the end of Love Actually? – the title track’s at first solo worry develops into a looped, layered chant, as if echoing all the other young artists in L.A. who feel the same (think an acoustic singer-songwriter version of the opening number of La La Land). ‘Work’, on the other hand, is an endearingly tentative display of a relationship’s early stages, of finding that one person you’re blissfully happy to do nothing with.

Throughout its twelve-pronged calendar of mood, Grand Plan emerges as a beat-by-beat chronicle of what it means to cast yourself adrift, but gradually manage to regain your footing. Sensitive, relatable and markedly genuine, it seems that only in completely replacing the ground beneath him is Croll able to replant himself so strongly.