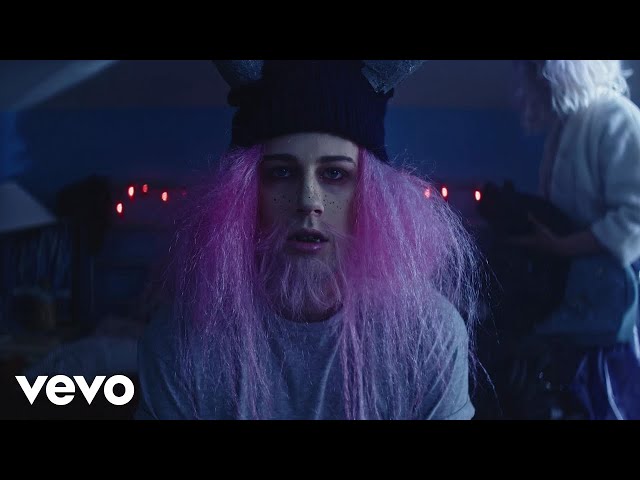 Following the release of her EP Human on Friday, dodie has shared the video for her new single ‘Monster’. Taken from the EP, which has reached number 3 in the midweek chart since its release on Friday, the ‘Monster’ video follows an unlucky-in-love monster entering back into the scary world of dating through a series of comically catastrophic dates.

Director PJ Liguori explained, “As soon as I heard dodie’s song, Monster, it immediately put images of hulking beasts and snivelling goblins in my mind… I was keen to try to tell a story within this music video where the protagonist is actually kind of awful. Ness is riding his adrenaline high of trying to find someone new, and hasn’t stopped to properly think about why his previous relationship even ended. He just feels bitter towards the one who took his heart, and will do anything to fill the void in chest.”

The ‘Monster’ video is released today off the back of Saturday’s sold out, and potentially last ever, HMV in-store performance at its flagship Oxford Street store. The 300 fans who flocked to HMV to meet dodie is just one signifier of her dizzying popularity, which also manifests in millions of streams, attention from the likes of BBC Radio 1’s Annie Mac and Phil Taggart, and a largely sold out UK and European tour, which reaches its pinnacle at a sold out show at London’s legendary Roundhouse on 24 March, her largest to date.

The 23 year old singer songwriter from Epping is arguably the most successful DIY artist of recent times, having built herself a considerable fanbase since she began uploading music from her bedroom aged just 16. dodie has now had almost 570 million streams across YouTube, Spotify and Apple Music, and has been tipped as one of the most exciting artists to watch in 2019 by the Sunday Times, Evening Standard, Stylist and The Sun.

The Human EP follows two self-released EPs, 2016’s Intertwined and last year’s You . Both EPs reached the top 40 of the UK official album charts, with You peaking at number six, despite receiving little promotion.