To celebrate their 30th anniversary, the Levellers have announced the release of a series of limited edition coloured vinyl albums, including the never before released headline set at Glastonbury 1994.

The announcement comes ahead of the band’s very own Beautiful Days festival, which starts Fri 17th August in Escort Park Devon and sees the Levellers being joined by the likes of the Manic Street Preachers, The Hives, Suzanne Vega, Calexico, Gogol Bordello and many more. The full line-up can be found here.

The anniversary celebrations continue after the release of their Top 20 album We The Collective earlier this year, which saw the band transform classic tracks into new acoustic arrangements, resulting in their highest chart position in twenty years and widespread critical acclaim.

Now the band will be releasing eight albums on vinyl via the band’s own label, On The Fiddle Recordings, from September 2018 to June 2019 with release dates to follow.

The albums have been remastered by the band’s Jon Sevink from the original 1/2” analogue tapes, who says of the project “One of the biggest disappointments in Levellers history has been the assumption that none of our original master tapes had survived. Following a meeting with Warner Records, I received an email listing the whereabouts of our entire recorded output since 1991. Analogue 2” multitrack tapes, 1/2” masters! So we can now repress the albums from the original mix masters. On coloured vinyl… Yesss!”

These limited-edition releases will only be available from independent stores and via the band’s website.

Some of the albums have never been released on vinyl and each of the band’s original studio albums from the 90s will contain a previously unreleased live album recorded on tour at the time of release.

While the Levellers are big fans of Record Store Day, they feel it has been hijacked by the majors in recent years, pushing smaller labels to the back of the queue and so wanted to do something special for the fans and to celebrate this milestone in their career.

“Independent shops can’t afford to stock everything for Record Store Day – it’s ridiculous,” says singer Mark Chadwick. “We did it for a couple of years but avoid it now – we can’t compete with a new Led Zeppelin or Beatles record! It’s a shame because who doesn’t love putting out great records in beautiful packaging?” To kick off the campaign, their two most recent studio albums, Letters From The Underground and Static On The Airwaves will be released on pink and purple vinyl respectively.

Finally, in June 2019, for the first time ever, Levellers’ stunning headline set from Glastonbury ‘94 will be released on 2LP gold vinyl, completing the band’s year of ‘indies only’ albums.   You can pre-order all vinyl from Monday 20th August at 9am from your local independent record store or here. 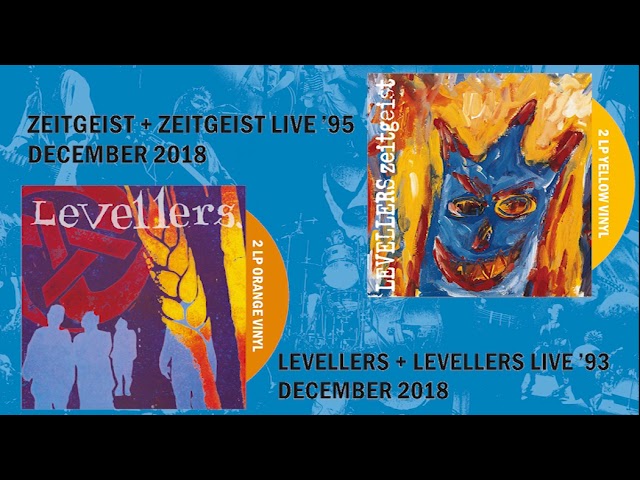