Lauren Tate is a singer-songwriter, producer, director and artist from South Yorkshire, England. Growing up the eldest of three, Tate was a secondary school dropout, writing and self producing music from her bedroom from the age of 15. Delving into many musical genres, singing both hard-rock/grunge-punk in her current band Hands Off Gretel, Tate most recently stripped back to a softer, raw Americana sad-pop sound with her first solo album in 5 years, ‘Songs for Sad Girls’. 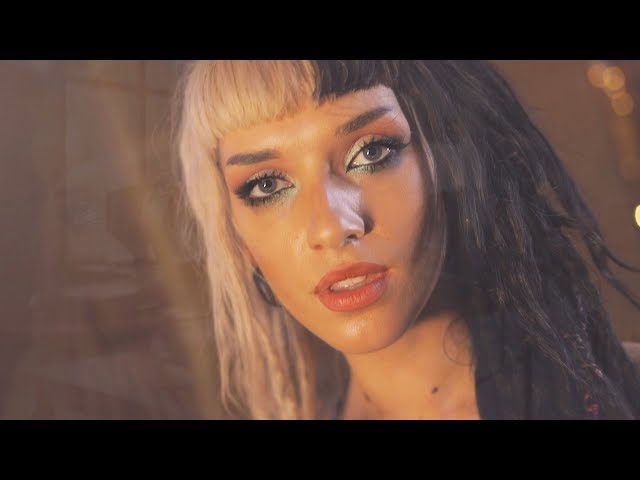 Set to release Songs for Sad Girls on 20th September on her own label Trash Queen Records (UK), Tate recorded and self-produced 11 of the 14 tracks in her home studio.

“I planned to get my album produced by someone when I could afford it, but there was a certain magic and honesty captured in my recordings that I knew would really move people. My lyrics are honest and brutal with songs about domestic abuse, body image, feminism and fear of dying. I wanted it to sound like a girl writing in her diary, unapologetic and imperfect like real girls are.”

‘What About the Kids’ is the 2nd single from the debut album and is released today, alongside a new music video directed by Lauren. ”The song is from a child’s point of view speaking to her father addressing gun violence in America. I wanted the song to highlight issues around gun control and the importance of children’s future in a world where nobody is listening to them. I wrote this song to sing for those that won’t ever get the chance to do so.”

Lauren not only self-produced and recorded all instruments on her debut album she designed all the album artwork and merchandise too. Described by BBC Introducing presenter Christian Carlisle as a ‘One Woman Record label’.

brand
Lauren Tate announces her new album, Songs for Sad Girls alongside the video for new track, ‘What About The Kids’ | The Digital Fix