Hannah Grace has shared the video for her new single, ‘With You’, as well as announcing two shows at London’s Camden Assembly and Cardiff’s Clwb Ifor Bach in April.

A vibrant palette of colour and emotional sentiment and an atmospheric and touching interpretation of the track, the video visualises the healing power of companionship and the importance of being there for those in need. 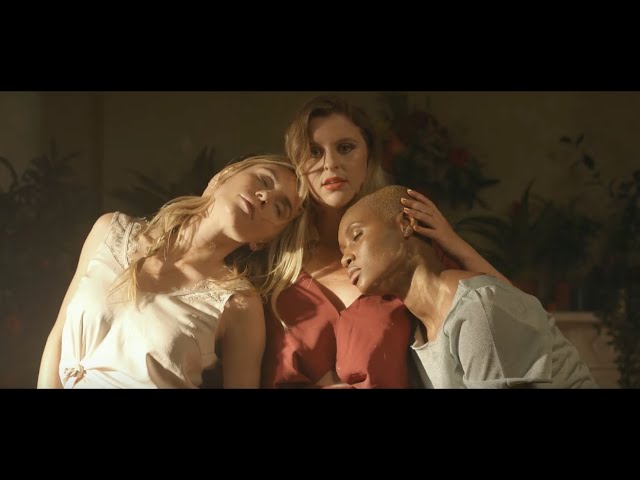 “The music video for ‘With You’ was inspired by the Japanese art ‘Kintsugi’ – repairing broken objects with gold,” explains Hannah. “As a philosophy it treats breakage as part of the history of an object rather than something to disguise or hide and I just love this! I wanted to also get this idea across through movement. With the help of an amazing choreographer Simon we put together some movements that convey my friends being there for me when I’m broken and the routine shows them pulling me through, holding & physically supporting me.  I’ve always wanted to move in a music video and it was amazing to get to work with such great dancers!”

Already proving a radio hit, including hitting the A-List on BBC Radio Wales, ‘With You’ is a bold demonstration of Hannah’s jaw-dropping soulful vocals among a stirring jazz-influenced backing of horns, piano and beautiful harmonies.

‘With You’ follows the release of her single ‘Oh River’ last year. The beautiful ballad saw Hannah stun listeners with her incredible vocals, which saw the likes of Dermot O’Leary and his team clear space on his Radio 2 show to share her voice. She’s also appeared on The Chris Evans Breakfast Show and Zoe Ball’s ITV programme, in addition to a slot at the BBC Biggest Weekend for Radio 2 in Perth, Scotland.

Hannah Grace closed 2018 with the release of the collaborative Christmas EP Decemberalongside Gabrielle Aplin. The lead single and title track featured on 14 ‘New Music Friday’ Spotify playlists, and was spotlighted in the UK and US Top 10, as well as being played on Radio 2. The EP also featured three beautiful covers of classic Christmas tracks.

Hannah first caught the attention of Never Fade label owner Gabrielle Aplin through her covers uploaded onto YouTube. Her covers have since gone on to win over even more high profile supporters and Gabrielle signed her to Never Fade Records, which is distributed worldwide by AWAL.

In 2017 Hannah garnered praise from Lady Gaga after posting a cover of her hit ‘Million Reasons’, which provoked Gaga to tweet the video and call Hannah a “superstar”.Meanwhile in the same year her cover of ‘Praise You’ soundtracked the Lloyds Bank TV advert and clocked up over 3 million streams.

Hannah Grace kicks off 2019 with the latest taste of brand new music in the shape of ‘With You’. Her show stopping performance sets the precedent for the year ahead when she is set to turn even more heads.

Brand
Hannah Grace shares the gorgeous video for her new track, ‘With You’ | The Digital Fix