The Grammy-nominated Fever 333 have shared an official music video for ‘One Of Us’, which is featured on their debut record Strength In Numb333rs. The video, directed by vocalist Jason Aalon Butler and Djay Brauner, sees the band demonstrating alongside allies on the streets of downtown Los Angeles as they march towards City Hall. The video which features fans holding personalised protest signs, was filmed just after Fever 333 celebrated the release of Strength In Numb333rs by marching alongside the United Teachers of Los Angeles in support of their strike.

Strength In Numb333rs is available at all good music outlets, either physical or digital and exclusive bundles are available at the bands webstore. $3.33 will be donated from each bundle sold to the bands charitable organisation, the Walking In My Shoes Foundation started by vocalist Jason Aalon Butler. The foundation benefits organisations that generate empathy, understanding and change in the communities they serve including Movement Voter Project – Black Voter Fund, United For A Fair Economy and Mijente Support Committee.

Catch Fever 333 in the UK this summer when their demonstration comes to the hallowed ground of Download Festival on June 16th. 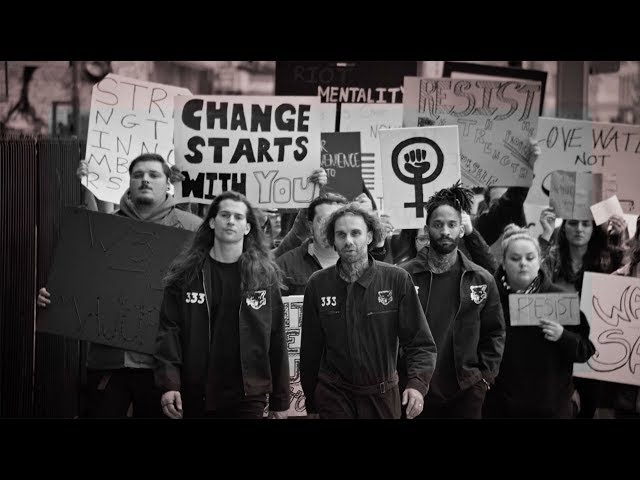