With Alita: Battle Angel due in cinemas in a couple of weeks we now have the video for Dua Lipa’s ‘Swan Song’ taken from the film’s soundtrack. 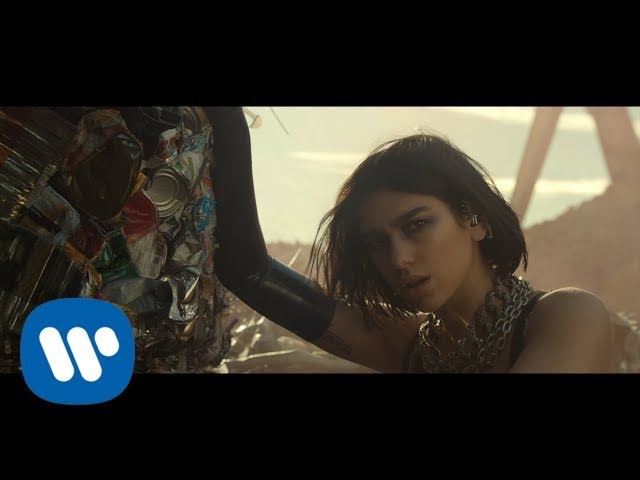 The video, directed by Floria Sigismondi, places Lipa on the treacherous streets of Iron City in the middle of Alita’s world. “While in the film Alita is quite literally on a journey to discover who she is, her story serves as a really powerful allegory for any girl who doesn’t yet know her own power,” says Sigismondi of the video. “I wanted to play with that same profound notion by dropping Dua into a facet of Alita’s world and allowing Alita to serve as a surrogate that leads her on a journey to discover she’s stronger than she ever could have imagined.”

The song, co-written by Dua Lipa along with Justin Tranter, Kennedi Lykken, Mattias Larsson, Robin Fredriksson, and Tom Holkenborg, follows a whirlwind year of breaking records for Lipa who was consistently one of the most streamed female artists on Spotify. Her power anthem and worldwide hit “New Rules” broke the long standing record for consecutive weeks on the Billboard Pop Songs chart and she made BRIT Award history by becoming the first woman artist to pick up five nominations last year, taking home the awards for British Breakthrough Act and British Female Solo Artist.