Born in Kiev, Delena relocated to a Switzerland school at just 12 years old and went on to London, to study at the London Institute Of Contemporary Music Performance. Music was always in her veins, through her relation to Ukrainian screenwriter, film producer, and director Alexander Dovzhenko. Moving to London was a new lease of life for Delena, who, inspired by the likes of Eta James, Ella Fitzgerald, and Queen to name a few, began to develop her distinctive, sassy style of pop. 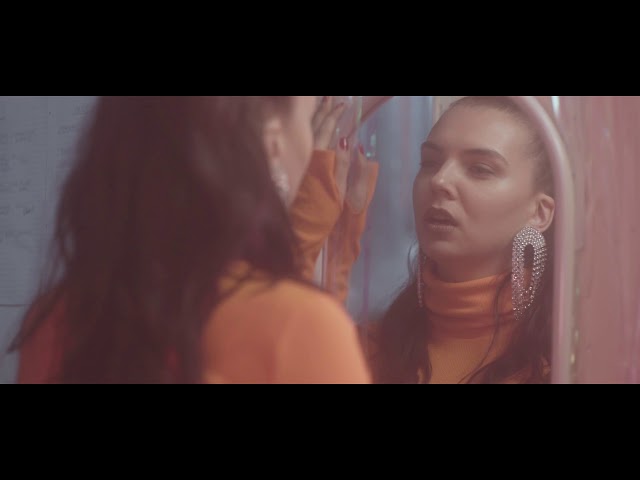 That said, the Ukrainian-born singer, songwriter and multi-instrumentalist is no stranger to hard work. Despite humble beginnings she’s both fought and earned her way to her current position on the precipice of stardom Her previous releases “Nothing Can Stop Us Now” and “Animal” have been regularly supported by Popjustice, as well as praised by the likes of Wonderland, Clash Magazine, and Spindle. She’s also streaming well on Spotify with regular playlist support building new fans across the globe.

“It’s vital that I really feel something,” she explains. “Whether that feeling is good or bad, I need to be transported: to my past, to my future, or to some aspect of the present.”

Keen to inspire as well as entertain with her creative flair, Delena looks to inspire the next generation of female creatives. For her EP track “Perfectly Designed”, Delena has been working with director Bella Howard (Billie Eilish/ Jorja Smith) & DOP Zoe Vintiliscu. Working from Delena’s music, script & creative vision, they form an all female creative team with an end product that’s full of class and expertise. Available to stream everywhere on International Women’s Day, it’s a celebration of women in the creative industries. On the collaboration, Delena States:

“Perfectly Designed is a song dedicated to all my beautiful girls and women out there! It’s been important for me to work with a strong team of girls who understand the concepts of the songs but more than that, they were the best creatives for the job and i’m so proud of what we’ve achieved. If one girl reads this and is inspired to go into music, film, photography, acting or whatever they love.. Then we’ve achieved what we set out to do..”