Having last month announced news of her new solo album, Who The Power, that will be released on August 7th, Liela Moss has now shared new track “Watching The Wolf” and its lyric video. Check it out above. 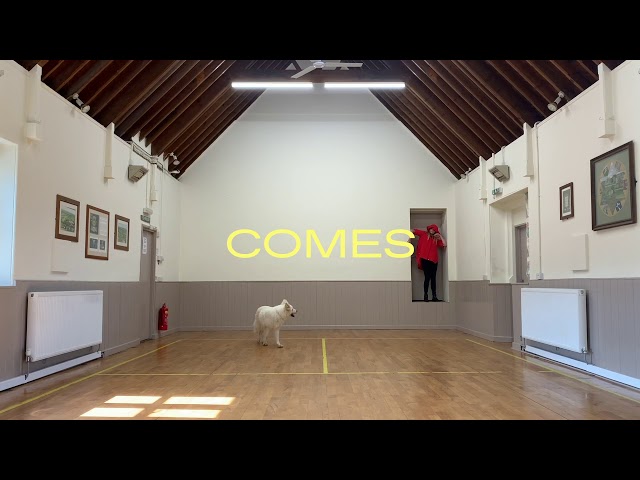 Of the track Moss says: “An imagined rebellion created by packs of wolves, who mete out justice when they lure a power-hungry narcissistic wannabe politician to his demise. A modern day folk tale whose villain is a fraud. Useless in the face of an emergency (“now comes the hour, when you’re not gonna know what to do”) and utterly inane, he has no idea he is despised by so many, including the animal kingdom.”

“If you’re going to deconstruct the modern psyche,” says Liela Moss, “you might as well dance to it.” On her second solo album, Who the Power, Moss fulfils that remit with all the power its title calls for. After 2018’s deeply personal My Name Is Safe in Your Mouth – a debut solo album at times serene, at others stormy, on every front sumptuous – Moss entered a period of profound creative and personal self-reflection. When she emerged, she forged an album of questioning intensity and synth-loaded drama, with the expressive force in her voice refuelled by the urgent desire to interrogate the role of selfhood in fraught times. And, crucially, backed by the urgent grooves needed for the job.

As Moss says of her feelings during the build-up to the album: “To make music for the sake can sometimes feel like a narcissistic thing to do, and very reflective of our times. So much of being a musician and live performer is about projecting energy outward, which can be a beautiful and powerful thing. I experienced a good round of that over previous years, and now wanted to explore my fears of tipping the scales the other way: why should I continue to re-enact the narcissistic habits of our generation, desperate for validation, desperate for space, for ‘a platform’?”

New album Who The Power will be released on 7th June.