Here at Music @ The Digital Fix we haven’t spoken to someone who splits their career between not only music but also politics,  vocalist Freddy Lim from the Extreme Metal band Chthonic also is an MP in Taiwan! He and band mate Doris were able to answer some of our questions in between plans for world domination.

Introduce Chthonic to The Music Fix

The new album Battlefields of Asura is a prologue to your previously released records. Who comes up with the narrative strands of the story, is it one individual or as a collective?

Freddy comes up with most of the story ideas in the first place, and the other members join discussions to finalise the whole concept.

Vocalist Freddy Lim is ingrained in the Taiwanese political scene as well, does that ever elevate the music and art you produce or dilute it?

Freddy is one of the main songwriters of Chthonic and he has been involved in politics deeply since late 2014, so what he has been through has affected the direction of Chthonic’s new works. His political career requires him to improve the abilities in different areas, and learn to face more difficult situations, so there have been many complicated and heavy emotions deposited inside him. All these are reflected in the new songs and make this album more magnificent.

Do you think art and image within music is paramount, or can an artist/band get away without having an ’image’?

I think to have an image that can naturally reflect your music and art is not a bad thing.

You have used traditional instruments in the past like the koto, shamisen and Tibetan flutes, how easy is that to incorporate into your sound?

It’s not that difficult to just use them in metal, but if you want to play them with the scales and melodies that can show the beauty of them, it requires us to listen deeper into more of the original music genre of them and learn how to enjoy them. We have tried to use the traditional instruments since 1998, so after 20 years, I think now we know how to combine them with metal naturally and balance both sides beauty.

How was the recording of Battlefields of Asura?

The recording of drums, guitars, basses, and keyboards have been quite like how we produced Takasago Army (2011) and Butik (2013), most of the tracking of them were made in Taiwan and Sweden. But tracking vocals have been a bit more difficult than before since Freddy’s an MP in Foreign Affairs Committee and his schedule is quite tight. So Freddy tracked his vocals when and where he was available in Taiwan, Japan, or Sweden. But anyway, things have still been going quite smoothly!

Did you do anything differently this time in the studio?

Not too much different, but since this time we didn’t want to have too much time-pressure on the recording process, we spent quite a long time in the studio to go through each song again and again to find the best arrangements and sounds for them.

Where do you hope this record takes you in terms of your career?

We try to stay easy on this. All we want is to have more metal heads enjoy our kind of metal from far east!

Their new record Battlefields of Asura is out now and can be bought here and all other musical outlets. 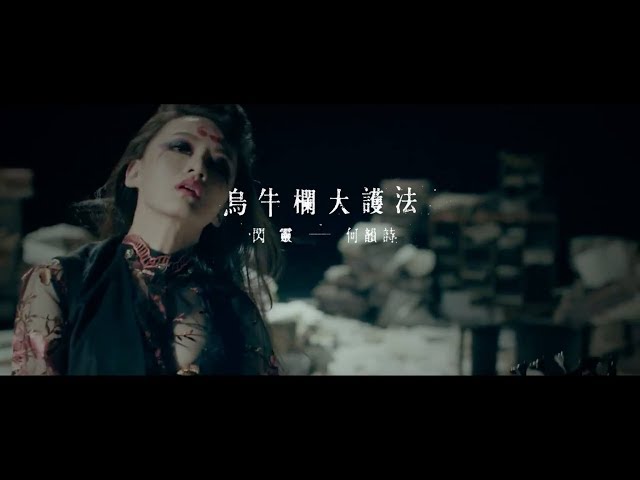