What day is it? Oh yeah…it’s Groundhog Day. Again. Haha.

So… where are you right now?

I’m sitting in my bathrobe at home on the couch. Sounds about right for quarantine.

Tell us a bit about you, what do you do for fun?

Well, I’m super outdoorsy, and I love camping and backpacking. I’m pretty passionate about great food and love to cook. I also love to paint and play in my vegetable garden. I’m an animal lover and a major health nut!

You released your album, Burn The Witch, earlier this year, what can you tell me about it in two sentences?

Burn the Witch is an album that’s heavily leaning on social justice issues that are near and dear to my heart. It’s music made by a misfit for the misfits.

How weird has it been releasing a record in the midst of a global pandemic?

It’s been an emotional rollercoaster, to be honest. My life purpose and message is very heavily tied to my career. And since I can’t tour, it feels like I can’t fulfil that purpose. That may not be true, but feelings aren’t always fact. It’s brought on a lot of grief (emotionally and financially), and I’m going through the different stages of grief during quarantine. It’s hard. I’m completely powerless, so all I can do is surrender and hope the music does its job. Releasing a record right now feels an awful lot like being in mid-flight when the engines cut out. So now, we’re just gliding through the skies without power hoping we can float down on a soft place to land and try again when it’s safe to do so.

One of my favourites on the record is ‘Mojave’, what can you tell me about that song?

‘Mojave’ is a song with a lot of desert imagery. I love the desert. At first glance, you might see a barren, lifeless wasteland. But the desert is a thriving ecosystem, and it’s very much alive! This song is about someone who hurt me in the past. That pain felt like walking through a spiritual and emotional wilderness (or desert). But it was a season in my life that I wound up growing a lot. So, when life looks like a desert, don’t be discouraged. It usually means there’s a lot of new life blooming beneath the surface.

‘Colorado’ is another song I really like, what’s the story to that?

I wrote this one about my dog believe it or not. I had a dog named Gibson that I toured with for nine years. He went everywhere with me. In fact, the only state he never made it to was Hawaii. He got really sick and was diagnosed with congestive heart failure a few years ago. My vet gave me some pills to give him and told me I would know when it was time. There isn’t a cure for mitral valve disease in dogs. But, I wasn’t willing to accept that. So I did a bunch of research and found a veterinary cardiologist at CSU in Ft. Collins, CO who was conducting clinical trials on a prosthetic mitral valve replacement. I called him up, shared my story, and eventually he invited Gibson and I to participate in his trial. I wrote ‘Colorado’ just a few days before Gibson’s surgery and finished it when I returned home, unfortunately without Gibson. He didn’t make it, but I know his contribution to the research in this field of veterinary medicine will mean something.

‘Take Me High’ is such a cheery song, just the kind of thing we need right now, how did it come about?

I was hanging with my friend Seth Walker, and we were just puffing on our vapes thinking that the world needed another happy, upbeat song. Honest to God, it was that simple.

The 1962 Salem Witch Trials is a fascinating/ugly period in American history, what was it about that period that made you want to write about it?

There is a lot of similarities between then and now. We handle marginalized people the same way we handled the witch hunt in 1692. People are afraid of things they don’t understand. I hope that this song can help people read between the lines and inspire people to remember that we are all a lot more alike than we are different.

You used Kickstarter to help get the album out there, what was your experience of that platform?

I love Kickstarter. Albeit stressful for those nail-biting 30 days, my experience was a positive one. It’s a great way for artists to connect with their fans and get them involved.

I usually ask, what have you got planned for the rest of 2020, but I’m not sure any of us know… so, what’s the thing you’re looking forward to doing most when things settle down?

I do have plans and tour dates that have been rescheduled, but at this point we are all playing it by ear. No one really knows. But what else can we do? We have to try, and the worst thing that can happen is that it all gets rescheduled again. I’m most looking forward to traveling again and connecting with my fans in person. I miss that more than anything because I feel like that’s where the real magic is.

Gender and diversity are much discussed in the music industry, what’s your experience of being treated differently as a woman in your industry?

Women always have to work 10x as hard to get half the recognition and success as their male counterparts. My experience is no different. It’s hard, and it feels unfair.

Have you noticed a difference at all in the last couple of years?

I think it’s a very exciting time to be a woman in the music industry, because I can feel the undertow moving in the right direction. People are talking about this issue, and I think it’s starting to make an impact.

Give me a flavour of the kind of music you listen to in your spare time.

It’s really all over the place. I listen to everything from classic rock to jazz, Americana, etc. One of my all-time favorites is Led Zeppelin and Heart.

If you could recommend one artist to hear this week, who would it be?

Take a listen to some of my friends who are putting out new music. My tour mate and good buddy Eliot Bronson just put out a new song featuring Lori McKenna called ‘Even This Is Going To Pass’.

What’s the question we should have asked you today but haven’t?

What am I binge-watching on Netflix? The answer: Ozark and Waco!

Finally, how do you take your coffee?

I’ll have an oat milk latte, better make it a double-shot! 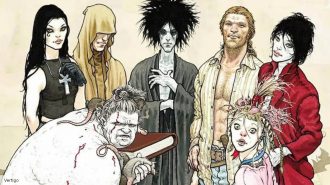 brand
“I’m sitting in my bathrobe at home on the couch. Sounds about right for quarantine” We chat with Sarah Peacock | The Digital Fix