Rob Zombie is working away at his reboot of The Munsters, and he’s sharing some of his production designs. In an Instagram post, the horror movie director showed off the blueprints for the new Munsters Mansion.

The image shows 1313 Mockingbird Lane, where the Munster family has lived and received correspondence since their debut in 1964. We can only see the outline, but the suburban gothic manor looks intact. There’s three floors, and the large rooftop balcony accessible from the second floor on the east wing. Snazzy! “The blueprints are done! Time to start the construction,” the caption reads. “Get ready for the most perfect Munsters house since 1964. I want this thing exact.”

Zombie uses Budapest in the hashtags, suggesting that he could be eying up the European country for some on-location shots. The original Munsters set was a mainstay on the Universal lot for many moons, appearing in numerous productions through the years like Desperate Housewives, Quantum Leap, Murder, She Wrote, and more. Seems like Zombie wants to be authentic, but with that new house smell.

We don’t have any other details on Zombie’s The Munsters right now. the last Munsters film was 1996’s The Munsters’ Scary Little Christmas, and the last TV series was The Munsters Today, which ran from 1988 to 1991. Bryan Fuller tried to reboot it as Mockingbird Lane back in 2012, but that never went beyond pilot.

Zombie’s last movie, 2019’s 3 From Hell, was a sequel to The House of 1000 Corpses, and The Devil’s Rejects, competing his Firefly trilogy. His latest album, The Lunar Injection Kool Aid Eclipse Conspiracy, came out this year.

More on The Munsters when we have it – in the meantime, here’s the best horror movies on Netflix. 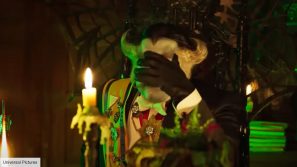 Forget Pinocchio, The Munsters has the worst trailer we’ve ever seen
Get involved Continue the conversation over on The Digital Fix Forum