Jaws is one of the best movies of all time, and director Steven Spielberg is keen that legacy doesn’t get too blemished. A new report claims Spielberg’s steadfast against any kind of Jaws reboot or remake.

The news recently broke that Amblin Entertainment, the production company co-founded by Spielberg, had entered into a multi-picture deal with Netflix. Amblin will produce multiple movies a year for the streaming service, for an undetermined length of time. Deadline‘s piece on the announcement includes the titbit that Universal has talked about rebooting Jaws with Spielberg involved as producer.

Sources are apparently conflicted, some saying a conversation occurred recently, others that it was some time ago. Either way, at some point Universal Stuidios, which has been a longtime collaborator with Amblin Entertainment and Spielberg, has put some thought into putting the shark back in the water. According to Deadline, “the answer was a firm no.” There are many reasons to be thankful for Spielberg’s career in Hollywood, and this is another entry to the list.

Aside from the first classic horror movie, Jaws spawned three sequels: Jaws 2, Jaws 3D, and Jaws: The Revenge. Normally we’d provide a little context for these movies, maybe a neat fact or two, but not this time. Don’t bother, watch the original again. Just trust us. In 2015, Spielberg said he’d “never remake one of [his] own movies, starting with Jaws”, and it sounds like he’s remained steadfast. Good for him.

A sequel that is worth keeping an eye out for is Indiana Jones 5. James Mangold is directing Harrison Ford’s return to the legendary role, which is slated for a theatrical release on July 29, 2022. Here’s the best adventure movies to keep you enthralled. 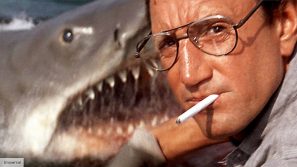