Daniel Craig has admitted to an awkward incident on the set of the James Bond movie Spectre. In a recent interview with Graham Norton, Craig nervously opened up about the time that he accidentally broke his co-star Dave Bautista’s nose while filming a fight scene before scurrying away to avoid the former wrestler’s wrath.

“I threw a punch and hit him on the nose, I heard this crack, and I was like ‘Oh God, no’ and ran away,” he explained. “I thought he was going to come after me, but he was so sweet.” Bautista was a consummate professional, though, and reset his nose before continuing to film. The MCU star’s sheer tenacity forced Craig to admit: “He’s a lot tougher than I am. I’ll give him that.”

Tough as he may be, Bautista did get his revenge on Craig. During a scene where Bond grapples with the metal thumbed Mr Hinx, Craig gave Bautista permission to be more intense when he threw him into a wall. This looked great, but unfortunately led to Craig suffering a knee injury.

“I ended up on the wall, but my knee was over here somewhere,” Craig says. “I knew and it was horrible because if anyone’s had a serious injury, you just know in your head that something is really wrong.” 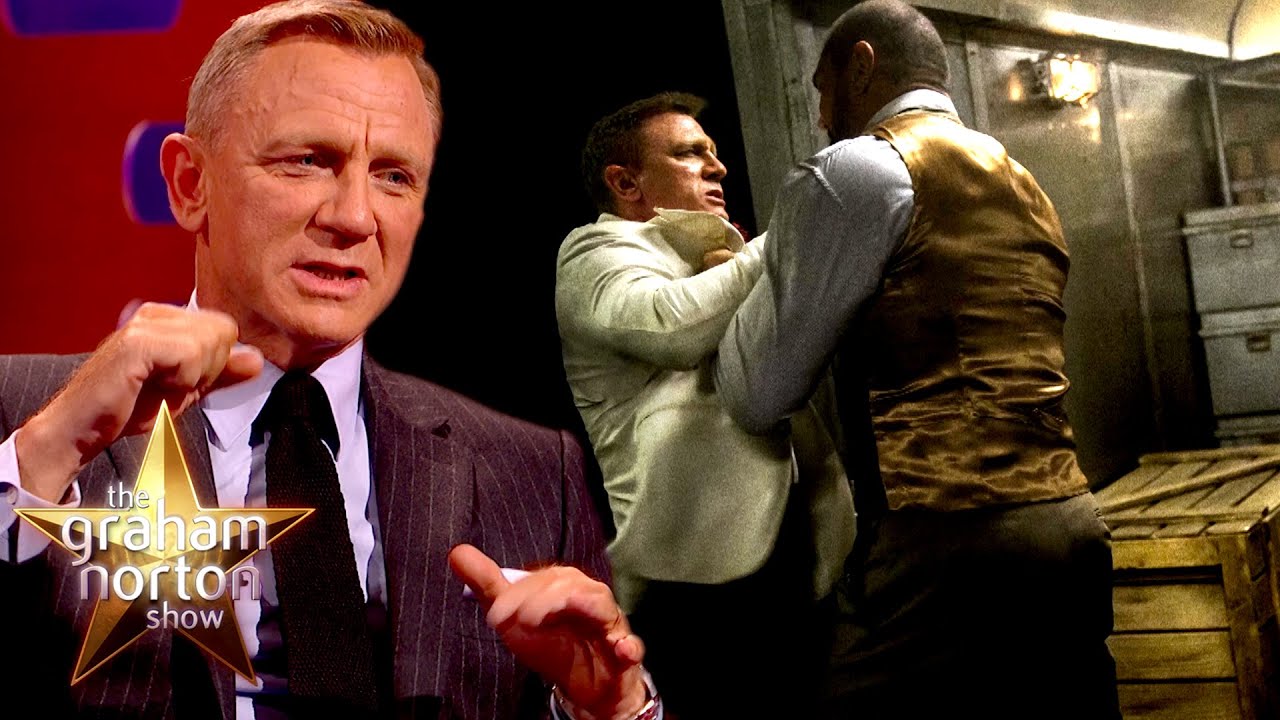 Craig’s run as James Bond comes to an end this year with the release of No Time To Die. The soon to be former Bond was recently asked by Radio One’s Ali Plumb if he had any advice for his replacement, to which Craig replied: “Don’t be shit“. Helpful, maybe he should have warned whoever replaces him to wear knee pads?

No Time To Die is in theatres October 1. If you can’t get enough international espionage check out our list of the best spy movies.