Few wizards are as beloved as Gandalf the Grey from Lord of the Rings or Professor Dumbledore from the Harry Potter movies, and it turns out that Sir Ian McKellen almost played both. In an interview with the BBC, the acclaimed actor shared how he was approached to take on the role of the Hogwarts headmaster, and explained why he turned down the part. Warning, spicy wizard drama ahead.

McKellen famously played the role of Gandalf in Peter Jackson’s adaptations of J.R.R. Tolkien’s literary epics, The Lord of The Rings, and The Hobbit. His performances have earned him a massive following, and the title of a fantasy movie legend. However, not everyone was a fan of his acting style. The late Richard Harris – the first Dumbledore actor – was publicly critical of McKellen, calling his work “technically brilliant, but passionless.” Although McKellen said Harris’ opinion was “nonsense”, it apparently played a part in the actor’s decision to stay clear of Hogwarts.

In 2002 Richard Harris passed away in between filming Harry Potter and The Chamber of Secrets, and Harry Potter and The Prisoner of Azkaban. With McKellen proving his wizarding chops in Lord of The Rings: The Fellowship of the Ring (2001), he was obviously approached to take over the role of Dumbledore but ultimately turned down the opportunity due to Harris’ feelings on his craft.

“When he died, he played Dumbledore, the wizard. I played the real wizard,” McKellen said. “When they called me up and said would I be interested in being in the Harry Potter films, they wouldn’t say what part, I worked out what they were thinking. And I couldn’t. I couldn’t take over the part from an actor who I’d known didn’t approve of me.”

Although there was a bit of light-hearted teasing with his “real wizard” comment, McKellen’s decision showed an admirable level of professional respect. He undoubtedly would have shined as Dumbledore, as the character’s later appearances in the adventure movies become a lot more firm and action orientated.

Sir Ian McKellen reveals why he turned down the role of Dumbledore in the Harry Potter films pic.twitter.com/09nPgI17VA

In Harry Potter and The Goblet of Fire, we definitely see the character become more Gandalf-like in his personality. In fact, McKellen commented that he sometimes sees himself when looking at Michael Gambon, who became Dumbledore following Harris. “When I see the posters of Mike Gambon… I think sometimes it is me.”

Unfortunately, Sir Ian McKellen doesn’t have any wizarding projects on the horizon. Amazon Prime is currently working on a new Lord of the Rings series, and many have speculated if a young Gandalf will make an appearance. However, McKellen has recently voiced his displeasure at any wizarding recasting rumours, and let’s be honest, can anyone else really play the iconic character?

Amazon’s The Lord of the Rings series is scheduled to release in September 2022. If you are interested in signing up for the streaming service Amazon Prime Video, you can do so through our link here. 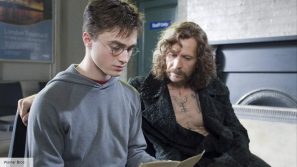