Warriors Orochi 4: Ultimate is the latest entry in crossover series, Warriors Orochi, a combination of the Dynasty Warriors and Samurai Warriors series. My personal experience with the franchise and the genre as a whole stems back to Dynasty Warriors 2 on the PS2, which I found to be immensely fun and immensely mindless, it was the perfect time-killing slice (or hack, or slash) of fun. Nothing too demanding, frenzied action and lots of colour. Sometimes that is all you want or need. 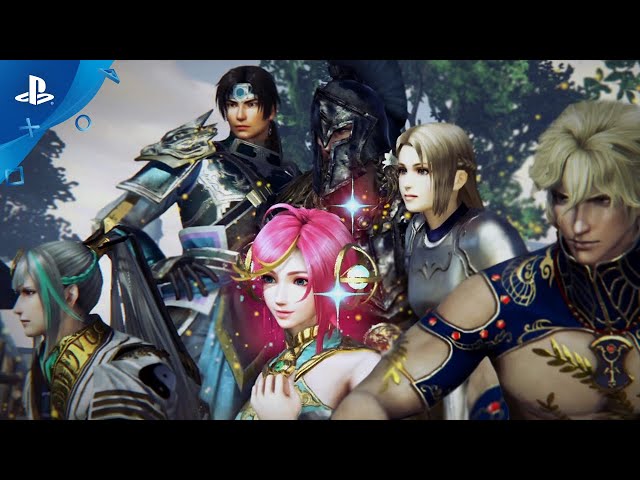 Up to this point, the franchise boasted a total of twenty-one Dynasty Warriors titles, nine Samurai Warriors titles, and four Warriors Orochi titles. Thirty-four titles in total for this combined franchise and, honestly, the series really has not progressed a great deal since the days of the PS2. The models have gotten extra polish, the screen can fit more sword fodder at a time and the technical performance has been elevated to meet those demands, but the core game remains the same. Even the character models do not feel like they belong in the current-gen, they look and move much like their PS2 counterparts but with nicer textures pasted over them.

But who said the series needed to progress? Dynasty Warriors 2 remains one of the most entertaining gams I have ever played and when a formula works well enough to justify thirty-five core titles as well as a legion of spin-offs and lower-tier franchises, why would you want to spoil that?

Warriors Orochi 4: Ultimate is simple to grasp, you are dropped into a map with three available warriors and you have to navigate your way around the map to defeat a series of sub-bosses and their seemingly endless supply of loyal soldiers, before reaching the final boss of that stage. It is truly straight to the point, arcade logic at play. There are no complex level structures or ambiguous victory conditions, everything is laid out before you clearly so you could understand the point with the minimum of gaming experience.

The combat system is similarly simplistic but rewarding. You have your basic attack button, a rush attack button that sends your character diving into the fray and knocking down the army in front of you, a special button to unleash powerful attacks when you have racked up enough hits, and a button to switch between characters. There is also a jump button but when your characters are this entertainingly overpowered, you are unlikely to be dodging many attacks, you will most likely be linking it up with a rush attack to drive your character into the ground to create a minor earthquake as they make a superhero landing. Warriors Orochi 4: Ultimate’s set up is so basic that even the most inexperienced gamer can cause thousands of hits worth of damage and unleash devastating combos, with just two successive button taps your character can send a small army hurtling through the air, all crying out in unison, and it is immediately satisfying. In the second stage of the game, you unlock magic abilities, which are handled in the same manner as regular combat only you hold down the shoulder button to activate them. The effects are dazzlingly overblown and devastatingly effective. The hordes of melee fodder never stop coming and battering them in swathes never really gets boring.

The system is simple enough that anyone can wield it competently but has just enough hidden depth in the ways you can time and string together combos to make it engaging for more experienced players. The more comfortable you get with combat, the more you will find yourself experimenting with combinations of attacks and character switches mid-battle, to find the best approach for a bothersome horde or stubborn boss. This is a genre that can make any gamer feel like a badass.

The presentation is broad and loud in all the best ways. The characters carry massive weapons, are severely over-encumbered with armour (which they don’t need as none of these poor losers can veg close enough to land a hit, thanks to the previously discussed massive weapons) and are all brightly coloured. The soundtrack is a frenetic mix of keyboard and woodwind instruments so it manages to sound old fashioned in two unique ways, but it’s so fun to listen to while you destroy these hapless marauding goons. The whole thing feels like a Saturday morning cartoon in the best possible way.

It is possible you may find this particular gameplay loop too repetitive to enjoy, or the presentation style too loud and colourful, but anyone who has ever enjoyed a hack & slash game before will find nothing to complain about here; it always knows how to keep the loop visually interesting and you will get as much out of it as you put into it. Warriors Orochi 4: Ultimate is easily one of the most entertaining games I have played all year.